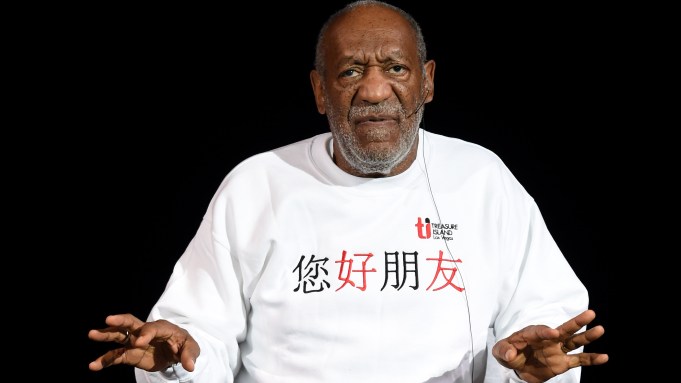 NBC has dropped its Bill Cosby comedy project as the scandal of rape allegations leveled at the comedian by multiple women made it untenable for the network to keep it in development, according to multiple sources.

Sources said writers and producers on the untitled project were informed Wednesday morning that it would not be going forward. NBC confirmed Wednesday that the project was no longer in development but would not comment further.

NBC cut a rich deal with Cosby last summer to star in a new comedy that would feature him in his familiar family patriarch role. The project marked a reunion for Cosby and Tom Werner, the producer whose Carsey-Werner Co. banner produced the comedian’s blockbuster 1980s NBC sitcom and his CBS sitcom from the late 1990s.

NBC set the deal with Cosby and Werner directly last summer. Sony Pictures TV came in as the studio to develop the script with scribes Mike O’Malley and Mike Sikowitz. The studio was not believed to have turned in a finished script to the network.

NBC’s move comes on the heels of Netflix’s decision to delay the release of an hourlong comedy special, “Bill Cosby 77,” that had been set to premiere on Nov. 28.

In a sign of Cosby’s clout, the NBC deal called for the network to pay a hefty penalty fee directly to Cosby if the project did not get ordered as a pilot.

Also Wednesday, a lawyer for Cosby blasted the latest accusation of rape aired against the comedian on Tuesday by former model Janice Dickinson. Attorney Martin Singer said Dickinson’s claims of being assaulted in 1982 were a “fabricated lie,” and he denied other aspects of the story she told on Tuesday’s edition of “Entertainment Tonight.” Another Cosby attorney, John P. Schmitt, on Sunday issued a statement describing the claims of two other women as “discredited allegations.”

The loss of the NBC deal is a blow to the 77-year-old comedian’s legacy. Cosby was single-handedly credited with reviving not only NBC’s fortunes but the sitcom form itself in 1984 when “The Cosby Show” became a blockbuster hit out of the gate.

Moreover, “Cosby Show” has widely been credited with advancing the cause of race relations in America as a broad range of viewers embraced the domestic comedy about a middle-class African-American family.

Cosby has long been revered by other comedians, and admired for quietly earning two advanced degrees in education from the University of Massachusetts in the 1970s while still working in showbiz. On “Cosby Show” and other programs, Cosby’s on-screen producing credit read “Dr. William H. Cosby, Ed.D.”

In recent years, Cosby was often publicly critical over what he saw as the coarser aspects of contemporary African-American culture. Those criticisms spurred comedian Hannibal Buress to slam Cosby during a standup performance in Philadelphia (Cosby’s hometown) in October in which Buress flatly called Cosby “a rapist.”

A video of Buress’ performance was widely seen via YouTube and other outlets in recent weeks, which helped instigate the stream of women coming forward with stories of being drugged and raped by Cosby. The similarities of the stories going back as far as 1969 raise disturbing questions including whether industry leaders close to Cosby were aware of the allegations.