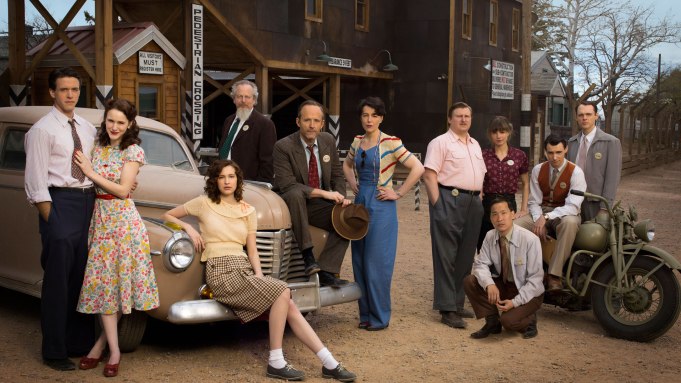 WGN America has unveiled the first full trailer for “Manhattan,” a period drama set around the mission to build the world’s first atomic bomb.

The series — based on the secretive Manhattan Project — will premiere at 9 p.m. on Sunday, July 27. The show is created and written by Sam Shaw (“Masters of Sex”) and directed by Thomas Schlamme (“The West Wing”).

“Manhattan” is set in the 1940s in a town whose very existence is classified. Frank Winter and his team of brilliant but flawed scientists have been recruited to work on a project they could know nothing about until their arrival. Once inside “the Hill,” a middle-class bubble on a dusty foothill in the New Mexico desert, they begin to sense that this is no ordinary assignment. In fact, they are living in a town with the world’s highest concentration of geniuses, yet it can’t be found on any map — a place where men and women are torn between duty and their moral values, husbands and wives conceal the truth from each other and their families, the military keeps secrets from the scientists they chaperone, and the scientists keep secrets from each other. “Manhattan” depicts the wonder, danger and deceit that shadowed the first “nuclear” families.