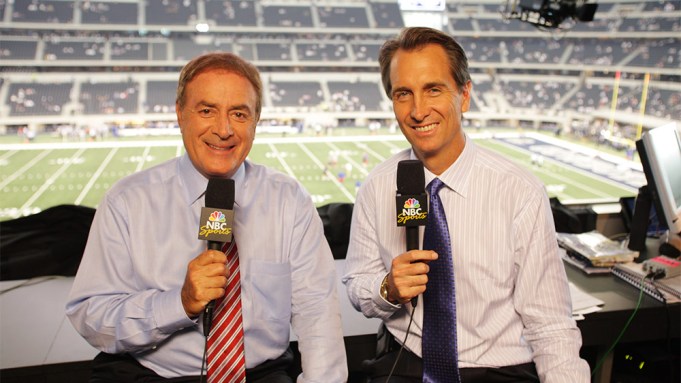 Advertisers are betting that football and a group of funny but aging nerds will carry the TV season.

A Variety survey of commercial-ratings estimates culled from as many as four top media-buying firms finds that Madison Avenue will look to two weekly broadcasts of games from the National Football League as well as two different broadcasts of “The Big Bang Theory” on CBS to provide the biggest number of its favorite category of couch potato: young spuds who tend not to skip past the commercials.

PHOTOS: Which TV Shows Will Advertisers Crave In The New Season?

Program ratings continue to capture the bulk of attention from the viewing public and TV executives, but advertisers look elsewhere. Since May 2007, sponsors and ad buyers have instead used the number of viewers between 18 and 49 who watch a particular show within three days’ of its on-air debut — and don’t skip the ads – as the basis for their TV purchases. The measure, known as “C3” (or commercial ratings-plus-3), became part of negotiations between networks and their advertisers as increasing use of DVRs eroded viewership of programs, as well as the commercials that interrupt them.

NBC’s “Sunday Night Football” remains the champion of “C3,” but CBS’ new “NFL Thursday Night” – eight weeks of NFL games that are new to the Eye – is projected to be the second-most fertile ground for ad viewers in the 2014-2015 TV season, according to the Variety survey. CBS’ “The Big Bang Theory,” airing first this season on Monday night to accommodate the Thursday-night football games, and then on Thursdays, will also prove attractive, ad buyers project.

Interestingly, ad buyers predict “Big Bang” will garner more “C3” ratings on Mondays – opposite “The Voice” on NBC, “Dancing With the Stars” on ABC, “Gotham” on Fox and “The Originals” on CW – than it will on Thursday, when it faces “Grey’s Anatomy,” “The Biggest Loser,” “Bones” and “Vampire Diaries.”

Variety’s list of the projected top programs for “C3” in the 2014-2015 season follows below (Nielsen estimated a single ratings point in the 2013-2014 season was equivalent to about 1,269.600, and is expected to revise its estimates upward for the next season):

Some observations of note:

NBC’s “Blacklist” gambit may pay off: In an effort to revive the fortunes of its Thursday night, NBC plans to move its Monday-night hit, “The Blacklist” to Thursdays in the second half of the season. Ad buyers expect the show to maintain the large majority of its “C3” viewership even without having “The Voice” as a lead-in later in the week.

NBC’s move has been the subject of some speculation, as the last time NBC moved a Monday-night hit away from “The Voice” – “Revolution,” which debuted in 2012 – the series lost steam (a long hiatus didn’t help, either).

*ABC’s “Scandal” is on the rise. Last season, ad buyers expected the buzzy ABC drama “Scandal” to tuck in along with the middle of the pack. In the 2014-15 season, their expectations are much higher.

Ad-buyer projections for “Scandal” call for the Shonda Rhimes-produced drama to generate a “C3” 18-49 rating of 2.98, compared with a projection of 1.98 for the 2013-2014 season. In an era when most shows are seeing ratings erode over time, the expectation of an increase from season to the next is somewhat remarkable. Indeed, ad buyers expect “Scandal” to lure a bigger “C3” audience than even Fox’s Sunday post-game football show “The OT” and NBC’s pre-game “Football Night in America” on Sundays.