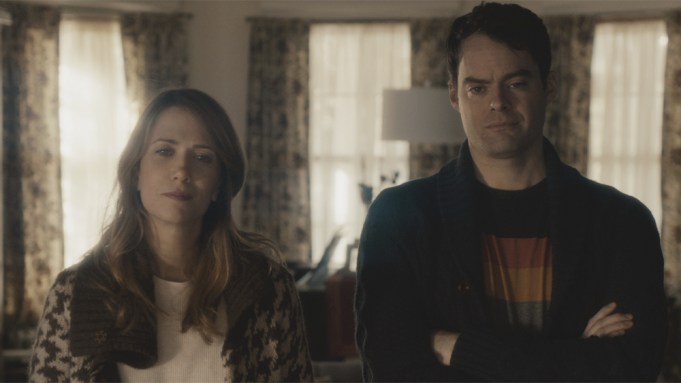 Denver reporter Chris Parente is probably wishing he had seen “The Skeleton Twins” before interviewing Bill Hader and Kristen Wiig.

The reporter interviewed the two stars of the Sundance film for a Denver segment, though it began to go downhill fast when it was clear he had not seen “The Skeleton Twins.” First, he categorized the movie as a “non-traditional comedy.” Wiig and Hader politely corrected him, saying that it was a “sweet drama” with comedic elements.

However, what really blew Parente’s cover was when he asked Wiig advice for going nude on camera, as he said she does in “Skeleton Twins.” Wiig does not, in fact, go naked in the movie — and that’s when the jokes started.

“Chris, this is live!” Hader reminded the journalist.

The “Saturday Night Live” alums cracked up as they delivered jabs to Parente, with Wiig sarcastically commenting that “This was great.” For his part, Parente received the blows well, being a good sport despite his admitted embarrassment.

“The Skeleton Twins” debuted at Sundance in January, winning the U.S. dramatic screenwriting award at the festival.