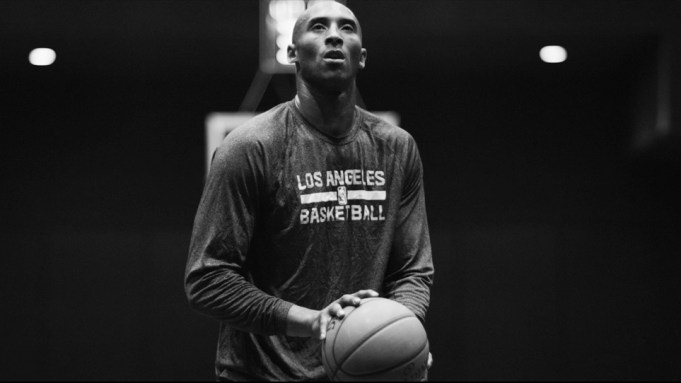 Showtime has released the first trailer for upcoming documentary “Kobe Bryant’s Muse,” which purports to capture “a side of Kobe Bryant that the public has never seen before.” The doc is scheduled for a February premiere on the premium cabler.

“People know me because of what I am, a basketball player,” said Bryant. “In ‘Muse,’ everyone will begin to understand who I am and how I became who I am. I created this film to open up my journey in hopes of inspiring others as they guide their own.”

A 16-time All-Star, Bryant has earned five NBA championships during his 18 years in the league. At this point in his career, viewers will follow the basketball star as he attempts to cement his legacy, offering a look into the mind of an athlete motivated to be the best, but also contemplating life after a professional career.

“Rarely has a superstar athlete afforded this type of access and engaged in this level of self-reflection during his playing career,” said Stephen Espinoza, executive vice president and general manager of Showtime Sports. “Throughout his NBA career, Kobe has been an intensely private person, so in many ways this film is the antithesis of the Kobe Bryant that the public has come to know.”

He added, “Through this film, Kobe opens his heart and his mind to the world for the first time in a deeply personal way.”

“Kobe Bryant’s Muse” is created and produced by Bryant in association with Kobe Inc., and directed by Gotham Chopra.