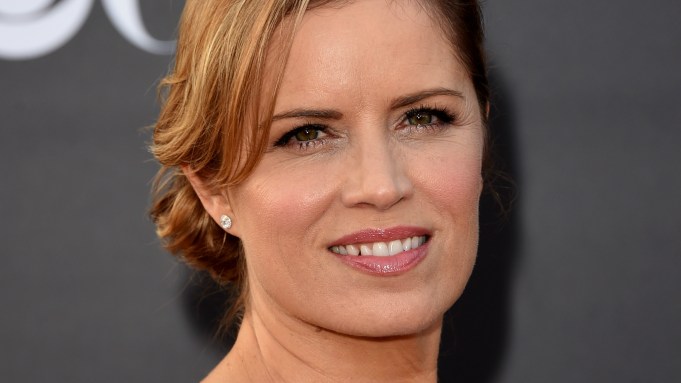 She’ll star alongside Cliff Curtis in the spinoff, which will take place in the same universe as AMC’s blockbuster zombie hit, but on the West Coast instead of around Georgia.

Dickens is believed to be playing guidance counselor Nancy Tompkins: “A thirtysomething single mom to two kids, Nancy looks like the girl next door, but there’s an edge to her.” Frank Dillane and Alycia Debnam Carey were previously announced and are set to play Nancy’s children — Nick, Nancy’s screwed up teenage son who is too old to stay home, but too scared to flee; and Ashley, Nancy’s mostly level-headed teenage daughter, whose ambition is in direct proportion to her older brother’s failures. AMC declined to confirm character details.

In addition to her role in David Fincher’s “Gone Girl,” Dickens was a regular on HBO’s “Deadwood,” with stints on “Friday Night Lights,” “Treme” and “Sons of Anarchy.” She is represented by Gersh.

Executive producers on the new show include “Walking Dead” exec producers Robert Kirkman, Gale Anne Hurd and David Alpert. The series is produced by AMC Studios. Dave Erickson co-created and co-wrote the pilot with Kirkman, and serves as executive producer and showrunner.