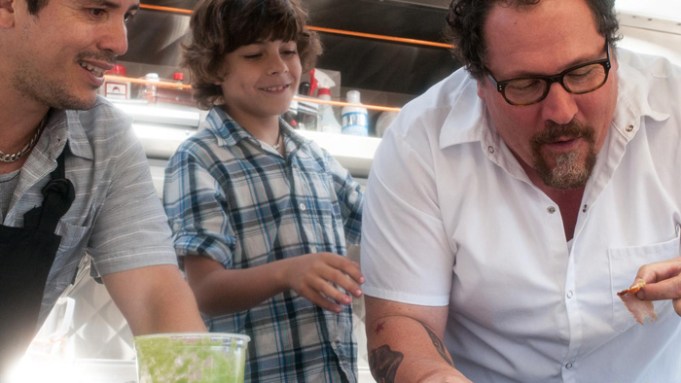 Warning: do not watch this trailer if you’re hungry.

Premiering at the SXSW Film Festival last month, “Chef” stars Favreau (who also wrote and directed) as a chef in a trendy Los Angeles restaurant who is suffocated by the owner’s demands for a very particular, boring menu.

After Favreau’s spat with a critic who panned the menu goes viral, the chef finds himself unemployed. So he starts a food truck. The movie follows Favreau, his son and a former coworker (John Leguizamo) as they drive and cook their way back up the Los Angeles foodie ladder.