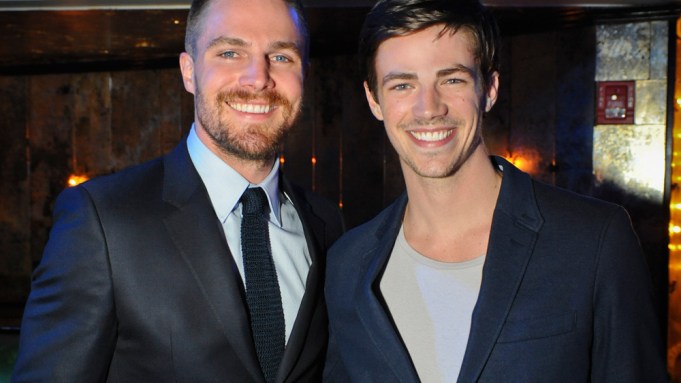 “My favorite part of the upfront so far has been hearing Paul Lee saying “Black-ish.” Paul saying ‘Black-ish’ is probably the whitest thing I’ve ever heard.”

“If anyone’s in the market for a director with no experience used to a high 7-figure salary who’s used to no one getting in her way, make sure to accept Anne Sweeney’s invitation on Linked In.”

“Our shows are all about superheroes or fairy tales. We may be a terrible network but we’re a great birthday party for 6-year-olds.”

“Having NBC be on top is little like your adult cousin who works at Arby’s suddenly gets a masters degree.”

“You know what you do when you’re No. 1?  You double down and hit ’em with Peter mother#$%^ing Pan. Is Bob running a network or a high school theater camp?”

“CBS did not have a good year — they almost didn’t beat us.”

Fox’s “Gotham” is “the show for people who love everything about Batman except Batman.”

Kimmel offers advertisers naming rights to his newborn, calling it “a cervical integration.”

“Paul Lee said bring us your passion, we’ll take off the handcuffs. Sounds like something you’d say to a hooker.”