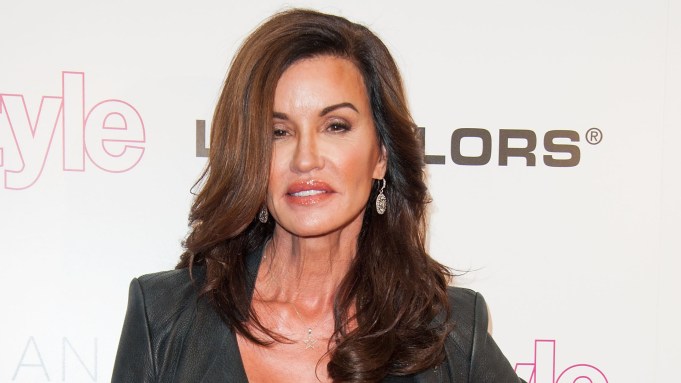 Supermodel Janice Dickinson said in an interview with “Entertainment Tonight” on Tuesday that comedian Bill Cosby sexually assaulted her in 1982.

Dickinson is the latest accuser to make allegations against Cosby, 77, who through his attorney issued a statement on Sunday which said, “Over the last several weeks, decade-old, discredited allegations against Mr. Cosby have resurfaced. The fact they are being repeated does not make them true.”

Dickinson told “Entertainment Tonight” that in 1982, her agent set up a meeting with Cosby for an acting role. She next talked to him after he called her out of the blue while she was in rehab, and following her stay she heard from him again and then traveled to meet him in Lake Tahoe.

She said that at dinner, Cosby gave her a glass of red wine and a pill. “The next morning I woke up, and I wasn’t wearing my pajamas, and I remember before I passed out that I had been sexually assaulted by this man,” she told “Entertainment Tonight.” “… Before I woke up in the morning, the last thing I remember was Bill Cosby in a patchwork robe, dropping his robe and getting on top of me. And I remember a lot of pain. The next morning I remember waking up with my pajamas off and there was semen in between my legs.”

She wrote about the assault in her 2002 autobiography, but claims that Cosby and her lawyers pressured publisher HarperCollins to remove the details, she told “Entertainment Tonight.”

“I’m doing this because it’s the right thing to do, and it happened to me, and this is the true story,” she said. “I believe all the other women.”

She said that she kept the details to herself out of fear of “being labeled a whore or a slut and trying to sleep my way to the top of a career that never took place.”

Last week, Barbara Bowman wrote an op-ed in the Washington Post detailing an alleged sexual assault by Cosby when she was an aspiring actress. Earlier this week, Joan Tarshis, a former publicist, claimed that she was assaulted twice in 1969.

Andrea Constand, director of operations for Temple University’s women’s basketball team, filed a civil suit against Cosby claiming sexual assault, but the suit was settled out of court.

Cosby’s lawyer issued a statement saying, “Over the last several weeks, decade-old, discredited allegations against Mr. Cosby have resurfaced. The fact they are being repeated does not make them true. Mr. Cosby does not intend to dignify these allegations with any comment. He would like to thank all his fans for the outpouring of support and assure them that, at age 77, he is doing his best work. There will be no further statement from Mr. Cosby or any of his representatives.”

“Janice Dickinson’s story accusing Bill Cosby of rape is a lie.  There is a glaring contradiction between what she is claiming now for the first time and what she wrote in her own book and what she told the media back in 2002.  Ms. Dickinson did an interview with the New York Observer in September 2002 entitled “Interview With a Vamp” completely contradicting her new story about Mr. Cosby.  That interview a dozen years ago said “she didn’t want to go to bed with him and he blew her off.”  Her publisher Harper Collins can confirm that no attorney representing Mr. Cosby tried to kill the alleged rape story (since there was no such story) or tried to prevent her from saying whatever she wanted about Bill Cosby in her book.  The only story she gave 12 years ago to the media and in her autobiography was that she refused to sleep with Mr. Cosby and he blew her off.  Documentary proof and Ms. Dickinson’s own words show that her new story about something she now claims happened back in 1982 is a fabricated lie.”