It’s Official–Rosie O’Donnell to Return to ‘The View’ 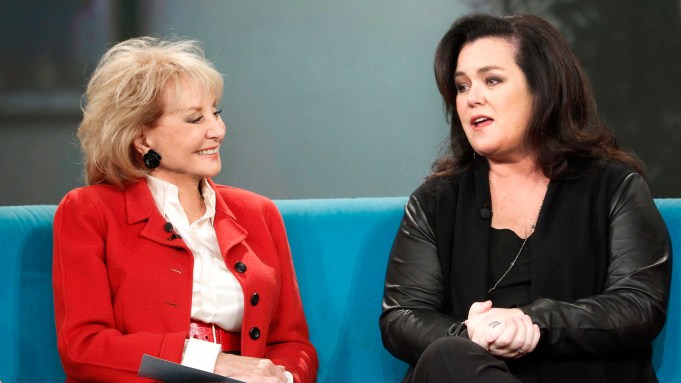 It’s official–Rosie O’Donnell will return as co-host of “The View” next season, according to ABC.

ABC execs are in the midst of a extensive search for new producers to take the reins of “The View” as the show prepares to replace panelists Sherri Shepherd and Jenny McCarthy, who recently exited the daytime program.

Sources also confirm that Meghan McCain, daughter of John McCain, is in serious contention to join as co-host.

McCain is the co-host of Pivot’s “Take Part Live” and is confirmed to guest co-host “The View” on Monday, July 14 amid rumors.

McCain would take on the Republican voice of the day-time talk show, which was previously held by Elisabeth Hasselbeck. Although, McCain has spoken against some of her party’s views, such as gay marriage and abortion.

O’Donnell’s last attempt at a talk-show gig was short lived. Her multi-million dollar deal with OWN only lasted 6 months with low ratings.

Sources say “View” is casting a wide net for prominent women to bring a culturally conservative perspective to the panel, as well as women versed in politics and comedy.

O’Donnell will add a strong liberal voice to the panel.

Shepherd and McCarthy will remain with the show through Aug. 8 and the new season is set to begin Sept. 15.