Watch: Elsa From ‘Frozen’ Comes to ‘Once Upon a Time’ 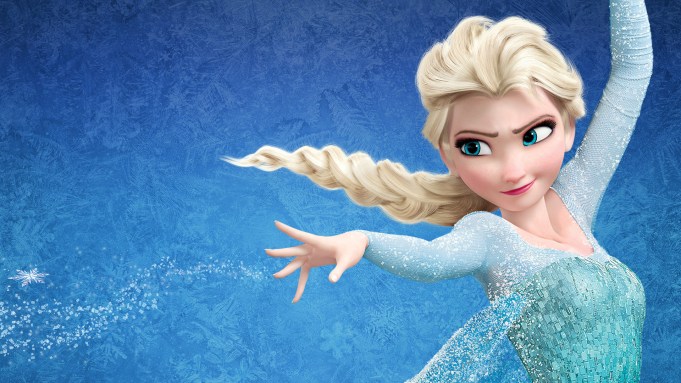 “Frozen” won’t be letting go of its pop culture dominance any time soon.

After scoring one box office and soundtrack sales milestone after another, the Disney hit is about to conquer another frontier — TV. Sunday night’s two-hour season finale of the ABC drama “Once Upon a Time” revealed that Emma Swan accidently brought more than one person back from the past. “Frozen’s” Elsa will be coming to Storybrooke.

ABC confirmed the addition of the latest princess on Twitter as audiences were only given a peek of the character from behind.

Series creators Adam Horowitz and Eddy Kitsis told TVLine that it was hard for them to to get the rights to the character as a Disney exec didn’t exactly call them with an offer.

“We fell in love with the movie ‘Frozen’ when we saw it,” Horowitz told TVLine. “It is something that ever since we saw it would gnaw at us, ‘Is there a way to fit it into our world?’ And we cooked up a way to do it. We pitched the studio and the network, and they were kind enough to say, ‘Go do it.'”

Although “Frozen” was inspired by the Hans Christian Andersen tale “The Snow Queen,” the movie is not an adaptation by any means. So Elsa’s addition to the cast of established Disney characters marks an unprecedented turnaround.

“The thing we love about Elsa is she is a character that is perceived to be a villain but is clearly misunderstood, and that goes to the heart of our show,” Kitsis told the site.

The show creators also hinted that Elsa has crossed paths with Rumple. They will begin the process of casting the character in two weeks.