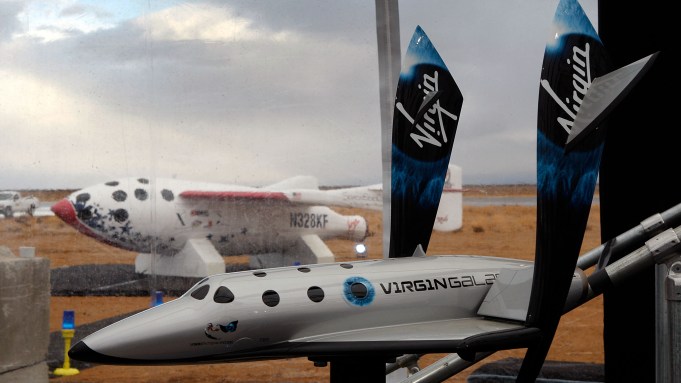 The fatal crash during a test flight of the Virgin Galactic SpaceShipTwo craft raises questions about the status of NBC’s “Space Race” reality show that aims to document the dawn of commercial space travel.

The pilot was killed and another person was seriously injured Friday when the craft crashed in California’s Mojave Desert near the Mojave Air and Space Port facility where Virgin has been testing its ambitious venture, according to CNN.

The NBC series was ordered this time last year and was meant to be a competition show putting contestants through their paces to win a flight on the Virgin Galactic.

Producer Mark Burnett has been pursuing a space-travel reality show for years. He tried to develop a space competition program titled “Destination Mir” with the Peacock over a decade ago, but it never saw the light of day after the Mir space station was shut down.

The Virgin Galactic project championed by billionaire Richard Branson seemed like a promising vehicle to turn the show into a reality. Virgin Galactic has been at the forefront of the nascent space-tourism industry.

NBC also cut a deal last November with Branson to televise the inaugural passenger flight of SpaceShipTwo, a trek that was expected to take Branson and his two adult children into outer space. The plan was to feature the development of the craft in a primetime special the night before the takeoff, which would be covered live as a three-hour event on NBC’s “Today.”

When the plan was announced, the hope was that the craft would take off from New Mexico in August of this year.

Earlier this year, Leonardo DiCaprio auctioned off a $1 million trip to fly with him to space aboard the Virgin Galactic SpaceshipTwo.