Ellen DeGeneres Offers a Backstage Look at the Oscars (VIDEO) 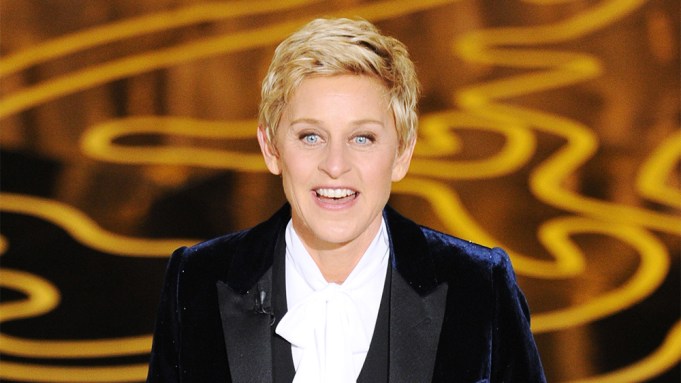 Now that everyone has presumably recovered from all the post-Oscars revelry, host Ellen DeGeneres is offering a look at what went down backstage in a new video.

The nearly seven-minute spot, which aired during Wednesday’s episode of “Ellen,” begins with footage of the rehearsals for DeGeneres’ Oscar promos and shows what it was like during her final rehearsals just days before the big night.

DeGeneres also talks about the now famous selfie she took during the ceremony, saying, “I really hope that everyone jumps in this picture. That would be amazing if everyone really gets in.” Of course, she had nothing to worry about, seeing as the photo broke the record for most retweets – and Twitter itself.

The video also shows supporting actress nominee Jennifer Lawrence stopping to say hi to DeGeneres right before the show began and the moment when the pizza arrived at the Dolby Theatre, as well as other backstage antics, including Benedict Cumberbatch getting trapped by DeGeneres dressed in her “Wizard of Oz” costume.