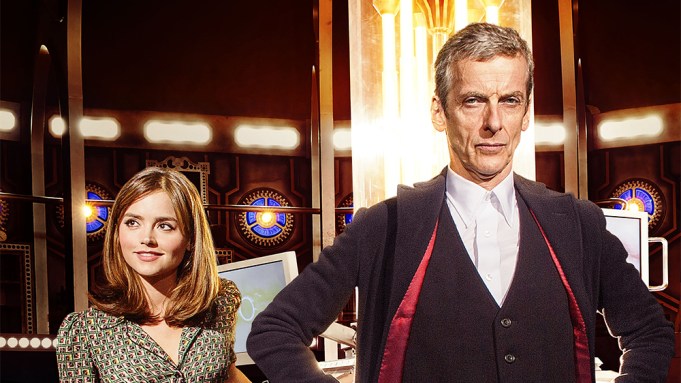 “Doctor Who” will return to U.S. screens for season eight on Saturday, August 23 at 8 p.m., BBC America announced Friday. To stave off anxious “Who” fans, the cabler also released a new teaser for the long-running drama.

The 15-second teaser shows actor Peter Capaldi as the twelfth Doctor and Jenna Coleman, playing companion Clara Oswald, in a fiery scene discussing moral dilemmas. Capaldi made an appearance as the new Doctor last November for the show’s 50th Anniversary Special and also towards the end of last year’s Christmas Special. Capaldi is succeeding actor Matt Smith as the famed Doctor.

Viewers can also get a glimpse of Capaldi and Coleman during the first-ever “Doctor Who” World Tour that will kick off in Wales this summer. Capaldi and Coleman are scheduled to reach New York on Aug. 14 for the premiere. The stars from the international TV hit will also make stops in London, Seoul, Sydney, Mexico City and Rio de Janeiro.