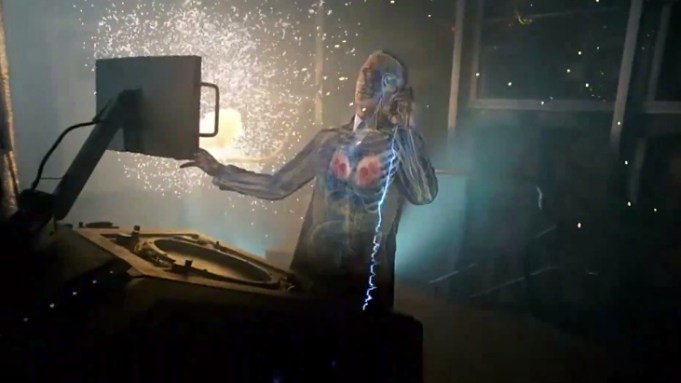 Could Davros be returning to “Doctor Who”?

A new teaser for the upcoming eighth season features a familiar voice that sounds eerily like it belongs to the founder of the Dalek Empire. Davros was last seen facing off against the 10th Doctor in “The End of Time.”

The clip shows the Tardis exploding (what else is new?) and electricity surging through Peter Capaldi’s new doctor, causing his two hearts to beat a mile a minute.

Whomever the villain — perhaps another Dalek leader — he claims to be able to be omnipotent. “I see into your soul, Doctor. I see beauty, divinity, hatred,” the voice says menacingly.

“Doctor Who” returns to BBC One and BBC America on August 23.