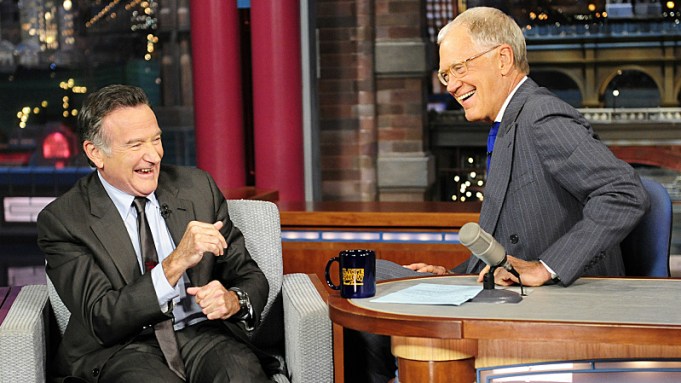 On Monday night’s “Late Show,” David Letterman paid tribute to Robin Williams, who died last week while the latenight program was in reruns.

The host dedicated a 10-minute segment to Williams, recalling their earliest interactions at The Comedy Store in Los Angeles when both stand-up comedians were just starting their careers. Letterman noted that Williams’ performance was like “nothing we’d ever seen before… we’re like morning dew, he comes in like a hurricane. The longer he was on stage, the worse we feel about ourselves, because it’s not stopping. And then he finishes, and I thought, ‘oh, that’s it, they’re gonna have to put an end to showbusiness, because what can happen after this?'”

As well as reminiscing about his disastrous guest appearance on Williams’ “Mork and Mindy,” Letterman ran a clip package of some of the star’s appearances on his show, before ending on a subdued note.

“Beyond being a very talented man and a good friend and a gentleman, I’m sorry — like everyone else — I had no idea that the man was in pain, that the man was suffering,” he said. “But what a guy.”