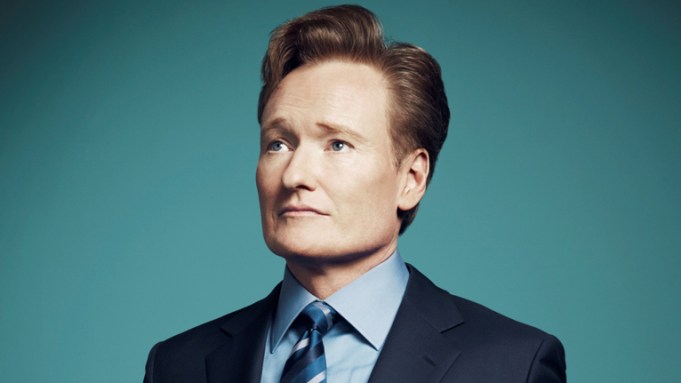 Although a long shot, there was still speculation that Conan O’Brien was up for David Letterman’s “Late Show” gig when the talk show host announced his upcoming retirement last week.

But O’Brien just set the record straight that he was never in the running.

“I wasn’t up for it,” O’Brien told the Associated Press. “I’m very happy where I am, but I love Stephen. I think Stephen is great. I’m a huge fan of his as a comic and as a human being. … I’m really glad that he got the job.”

The comedian, who will be hosting Sunday’s MTV Movie Awards, said Stephen Colbert is the ideal replacement on the CBS staple. “I’m glad that it’s the right person getting it,” he added.

O’Brien took over “Late Night” when Letterman left NBC in 1993. He then hosted “The Tonight Show” for seven months in 2009 before Jay Leno reclaimed his throne. He has hosted his own latenight talk show, “Conan,” on TBS since 2010. His contract expires next November.