‘Community’ to Return for New Season on Yahoo 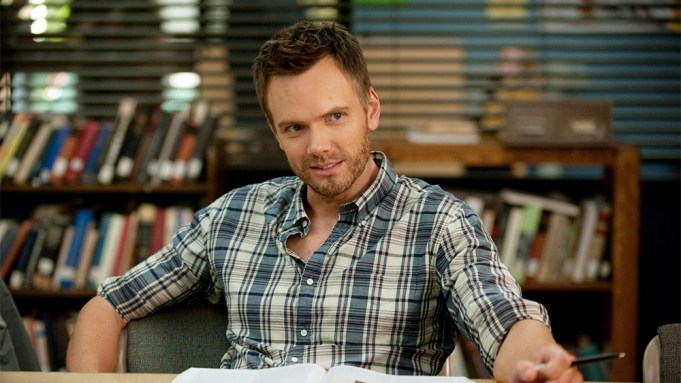 School’s not out yet, “Community” fans.

On Monday, Sony Pictures Television announced that the cult comedy would be resurrected for a sixth season this fall on Yahoo.

The 13 new episodes, featuring original cast members of the canceled NBC series, will be available exclusively on Yahoo Screen, an ad-supported video platform that is free to users.

“I am very pleased that ‘Community’ will be returning for its predestined sixth season on Yahoo,” Harmon said in a statement. “I look forward to bringing our beloved NBC sitcom to a larger audience by moving it online. I vow to dominate our new competition. Rest easy, ‘Big Bang Theory.’ Look out, Bang Bus!”

The news brings the series closer to its goal of #sixseasonsandamovie, a social media campaign fans backed to bring the show back after NBC cancelled it in March.

Joel McHale, who stars in the series, added: “‘The reports of our cancellation have been greatly exaggerated.’ —Mark Twain (The other version of this quote has been wrong for years). #SixSeasonsAndaMovie is real. Thank you Sony. Thank you Yahoo. Thank you Dan Harmon. And thank you to the greatest f%$#ing fans in the history of the human race. It’s the internet. We can swear now.”

Along with Harmon, Russ Krasnoff (“The Soloist”) also serves as executive producer, along with Gary Foster (“Sleepless in Seattle”) and Chris McKenna (“The Mindy Project”).

Despite struggling ratings, “Community” stayed afloat for five seasons thanks to the show’s loyal fan base. When NBC did cancel the show, fans immediately launched a social media campaign urging Netflix to pick up the show. Netflix, however, denied rumors that they were in negotiations with Sony, the show’s producer, to pick it up.

For his part, Harmon wrote a blog post earlier this year admitting that he was “in the ‘eh’ column” when Sony first asked him about pursuing the show going elsewhere, but would become more enthusiastic with time.

“‘Community’ has an incredibly passionate and loyal fan base who have fought hard to keep this amazing show alive,” said Kathy Savitt, CMO of Yahoo. “We couldn’t be more excited to work with Dan, Joel, and the entire cast, as well as Sony, to deliver a great season 6.”

Zack Van Amburg, president of programming and production for Sony Pictures TV, said “The fans spoke and we listened. Thanks to Yahoo, and the amazing team that makes ‘Community’ great, we’ve avoided the Darkest Timeline yet again and plan to deliver a fantastic season.”

Added Jamie Erlicht, president of programming and production, “You can’t get to six seasons and a movie without a 6th season. Yahoo is the perfect home for the continuation of this journey.”

While Yahoo was seemingly the only digital content player not mentioned as a possible new home for “Community” after much speculation about the likes of Netflix or Hulu stepping in, the move is not totally out of left field.

Yahoo CEO Marissa Mayer has been steering the tech giant further in the direction of original programming, having already announced at its so-called “newfront” presentation in May the order of its first two full-length original series.

Paul Feig, the writer-producer behind NBC’s critically acclaimed but short-lived “Freaks & Geeks” and director of hit theatrical “Bridesmaids,” will exec produce “Other Space,” eight half-hour episodes chronicling a misfit group of space adventurers who stumble upon an alternate universe.

Savitt had indicated there would likely be a few more series orders made but didn’t specify which ones. It’s unknown whether “Community” was in the cards at the time given NBC hadn’t yet made the decision to forego another season.

But with a known quantity like “Community” in tow, Yahoo is boosting its presence in a game that is already attracting more digital original programmers from Amazon to Microsoft XBox.

Comedy is also a natural extension for Yahoo considering it has dabbled in original programming before with the breakout short-form program “Burning Love,” which graduated to TV with a three-season run on E!, and a library of comedy clips from the library of “Saturday Night Live.”

Getting a broadcast sitcom to continue its run online marks the boldest attempt yet by Yahoo to make a dent in the entertainment business after years of flirtation that reach back a decade, when Terry Semel and Lloyd Braun futilely attempted to inject some showbiz DNA into a company once known previously only for search.

“Community” also isn’t the first show to be saved by a digital platform after being canceled on broadcast TV. “Arrested Development” blazed that trail last year, when Netflix picked the deceased sitcom up for a fourth season. It ran on Fox for three seasons in 2003-2006 and, like “Community,” was canceled because of its low ratings despite a cult following.

The first five seasons of “Community” currently stream on Hulu.