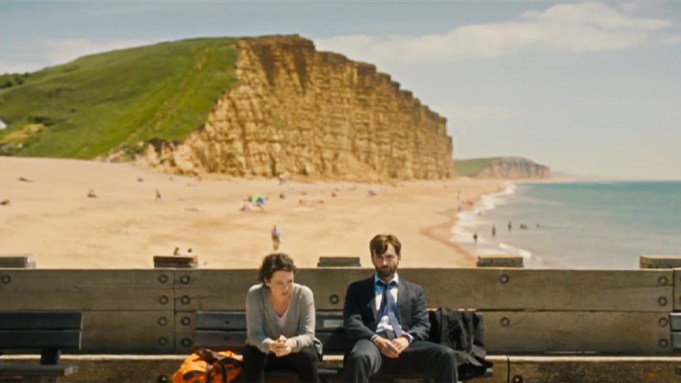 ITV has released a new trailer for season two of “Broadchurch,” featuring stars from the first season including David Tennant and Olivia Colman. BBC America (which airs the series in the U.S.) has released a different teaser for the new season, confirming that season two will debut Stateside on Wednesday, March 4 at 10 p.m.

Following the grisly events of the first season, the town of Broadchurch is attempting to rebuild and recover, but it appears that full healing is a long way off judging by the somber trailers.

The first season of the U.K. series was the basis for Fox’s “Gracepoint,” also starring Tennant in the same role (albeit with a different character name). The American adaptation failed to make waves in the ratings on arrival and didn’t improve as the season progressed.

Watch the U.K. trailer above, and the U.S. trailer below.