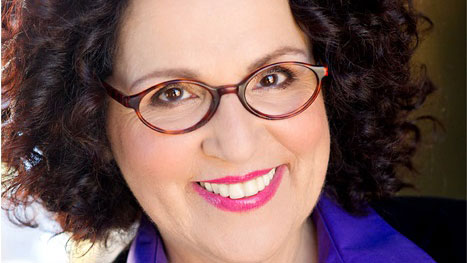 Character actress Carol Ann Susi, known as the voice of the unseen Mrs. Wolowitz on “The Big Bang Theory,” died Tuesday in Los Angeles after a brief battle with cancer, according to Warner Bros. Television. Susi was 62 and had appeared in numerous TV shows since the 1970s.

On “The Big Bang Theory,” she was heard in dozens of episodes as the offstage presence of the screechy, overbearing mother of Simon Helberg’s Howard Wolowitz.

“‘The Big Bang Theory’ family has lost a beloved member today with the passing of Carol Ann Susi, who hilariously and memorably voiced the role of Mrs. Wolowitz. Unseen by viewers, the Mrs. Wolowitz character became a bit of a mystery throughout the show’s eight seasons. What was not a mystery, however, was Carol Ann’s immense talent and comedic timing, which were on display during each unforgettable appearance,” said a statement from Warner Bros. Television, CBS and “Big Bang Theory” exec producers Chuck Lorre, Steven Molaro and Bill Prady.

Born in Brooklyn, she studied acting in New York and in the 1970s moved to Los Angeles, where she was cast as reporter Kolchak’s intern in “The Night Stalker.” Among her other TV appearances were “Seinfeld,” “Murphy Brown,” “Cheers,” “Doogie Howser, M.D.,” “Mad About You,” “Just Shoot Me” and “Six Feet Under.”

She is survived by her brother, Michael Susi.