Continue to Variety SKIP AD
You will be redirected back to your article in seconds
Aug 5, 2014 11:00pm PT 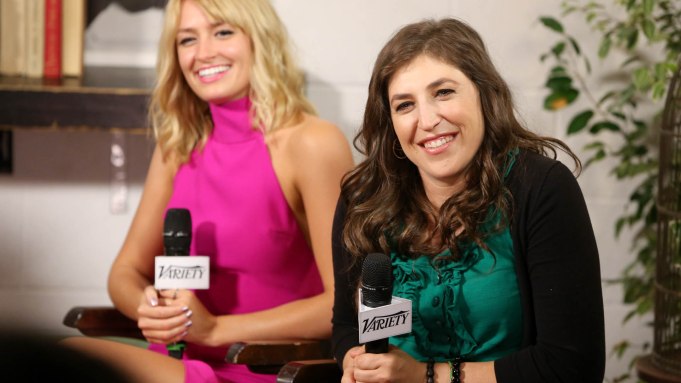 Mayim Bialik called the much-ballyhooed Valentine’s Day kiss on “The Big Bang Theory” her toughest scene from the seventh season.

The veteran sitcom actress spoke about the episode during a conversation with fellow comedic leading ladies at last week’s Variety Studio in West Hollywood.

“Amy and Sheldon had a kiss this year, and that was a big deal for our characters,” Bialik said during the panel, which also featured “The Goldbergs” actress Wendi McClendon-Covey, “2 Broke Girls” star Beth Behrs, “Getting On’s” Laurie Metcalf and Ashely Rickards from MTV’s “Awkward.”

“It was really special to have such a monumental moment for our characters, but also as actors,” Bialik added.

The thesp also mentioned Metcalf’s memorable scene with Jim Parsons’ character on CBS’ hit series, saying, “Especially in a sitcom, for us to have those kind of serious moments, it’s special when they stand out.”