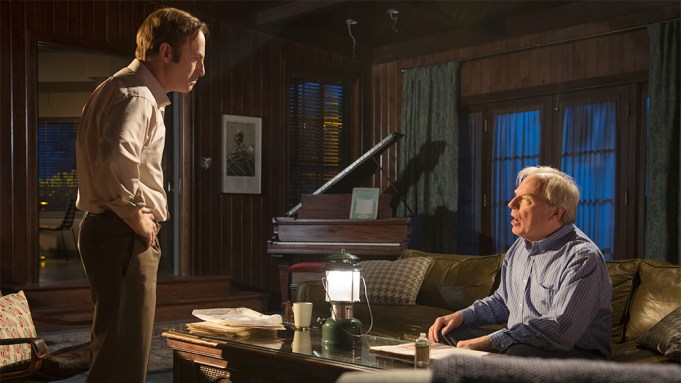 “Better Call Saul” will have a two-night premiere, with back-to-back episodes airing on Sunday, February 8 at 10PM, followed by Monday, February 9 at 10PM. The series will then continue to air Mondays at 10PM.

The series, which stars Bob Odenkirk as Saul Goodman, is set six years before the ethically-challenged lawyer ever met Walter White. “Saul,” from Sony Pictures Television, is executive produced by Vince Gilligan, Peter Gould, Mark Johnson, and Melissa Bernstein. The first season consists of 10 episodes; the series has already been greenlit for a second season of 13 episodes.

The premiere of “Better Call Saul” will follow the mid-season premiere of “Walking Dead,” which will air February 8 at 9PM.