Barbara Walters to Sign Off ‘The View,’ Retire From TV on May 16 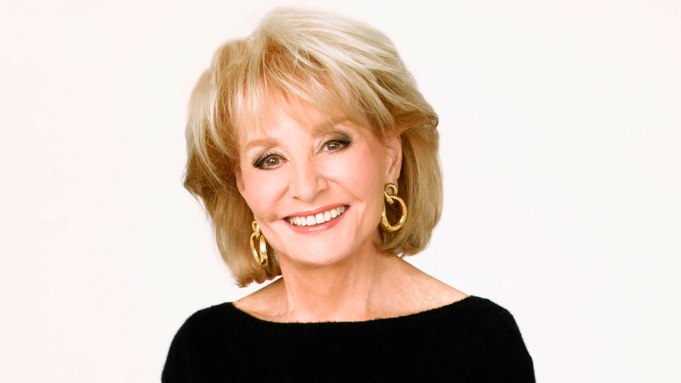 Barbara Walters has set May 16 as her final appearance on ABC’s daytime strip “The View” as she retires from TV journalism.

Walters’ 50-plus years in television will be feted that night with a two-hour primetime special on ABC.

“In this business there are legends, there are icons, and then there is Barbara Walters,” said Disney chairman-CEO Bob Iger. “She’s a dear friend and colleague as well as someone I deeply admire, and it’s impossible to fully convey her impact and influence on television. She broke barriers, defied convention, made history and set the standard for journalistic excellence for more than 50 years. It’s hard to imagine television without her.”

Walters speaks exclusively to Variety about her long career and post-retirement plans in a cover story to be published on Tuesday.