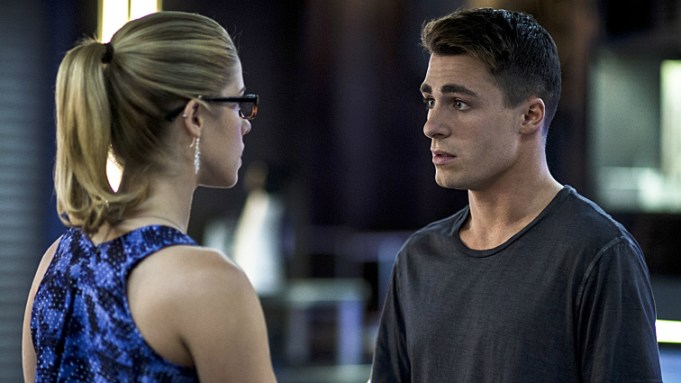 Above, Variety has an exclusive preview of tonight’s episode, titled “Guilty.” Roy confides his dream — or is it a memory? — to Felicity (Emily Bett Rickards), but he isn’t the only one under suspicion in this week’s installment. Elsewhere in the hour, Ted Grant (J.R. Ramirez) becomes the main suspect in another murder case after a body is found strung up in the Wildcat gym, causing Oliver (Stephen Amell) and Laurel (Katie Cassidy) argue over his innocence. Meanwhile, in flashbacks, when Maseo (Karl Yune) needs Oliver to remember where an informant for China White stashed key information, he asks Tatsu (guest star Rila Fukushima) to help jog Oliver’s memory. Who is innocent and who is guilty? Tune in tonight to find out.

Do you think Roy is guilty? Share your predictions below.