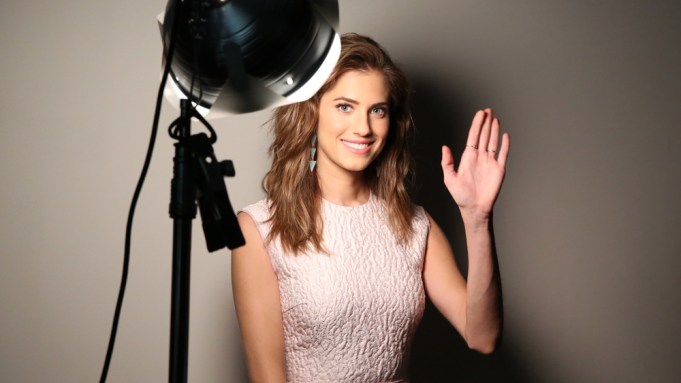 “Girls” star Allison Williams has been cast as the title character in NBC’s “Peter Pan Live!” The telecast will air Dec. 4.

“We couldn’t be happier that Allison Williams is our Peter Pan,” said Robert Greenblatt, Chairman, NBC Entertainment. “She’s a lovely rising star on the award-winning show ‘Girls’ — where she occasionally shows off her incredible vocal talent — and we think she will bring the perfect blend of ‘boyish’ vulnerability and bravado to save the day against Christopher Walken’s powerful Captain Hook.”

“Allison Williams is a major find,” said executive producers Craig Zadan and Neil Meron. “She will reinvent the iconic role of Peter Pan with her wit, her warmth, her dynamic flying and her wonderful musical abilities. The score will be sung beautifully and introduced to a whole new generation of families.”

“I have wanted to play Peter Pan since I was about three years old, so this is a dream come true,” said Williams. “It’s such an honor to be a part of this adventure, and I’m very excited to get to work with this extraordinarily talented team. And besides,” added Williams, “what could go wrong in a live televised production with simultaneous flying, sword fighting and singing?”