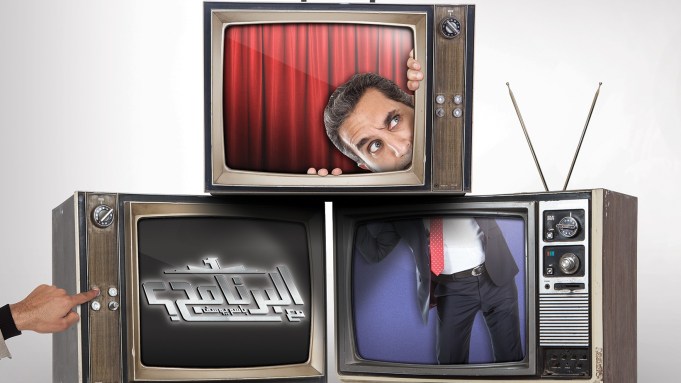 Egyptian TV comic Bassem Youssef, known as the Jon Stewart of the Arab world, has announced the cancellation of his hugely popular political satire show “Al-Bernameg” (The Program).

According to Youssef the show has been pulled due to pressure on broadcaster MBC-Misr, in a clear sign of a crackdown on satire in Egypt, where former army chief Abdel-Fattah el-Sissi won the presidency last week in a landslide election.

There was no immediate comment on Tuesday from Dubai-based MBC, which had been carrying “The Program” since February. The top-rated satirical show, in which Youssef had mocked el-Sissi and asked him not to run for president, had been put on hiatus during the electoral campaign “not to influence voters,” according to a network statement in April.

During a packed press conference in a Cairo theater on Monday, Youssef said Saudi-owned MBC-Misr TV had come under unspecified pressure to pull “The Program.”

“Stopping ‘The Program’ sends a much stronger message than if it continued,” the groundbreaking comedian was quoted by the Associated Press as saying, adding that MBC-Misr “tried as much as they could but the pressure was immense.”

In March MBC complained that the show’s signal was being deliberately and repeatedly jammed.

“I’m not a revolutionary, and I’m not a warrior. I was expressing my views once a week. But the present climate in Egypt is not suitable for political satire,” Youssef told reporters.

He posed for photographers with the show’s staff and a sign that read “The End” in Arabic and English.

Youssef, a former surgeon, gained popularity after the 2011 Egyptian revolution, first on YouTube and then on Egyptian TV channels ONTV and CBC, where his ratings soared as he snarked at elected president Mohamed Morsi and the Muslim Brotherhood. After Morsi was ousted in a military coup, his jokes and stinging skits were directed toward the country’s new powers in place and eventually CBC, threatened with closure, pulled the show, prompting Youssef to resurface some time later on MBC.

In 2013 Youssef was honored in the U.S. by the Committee to Protect Journalists with its International Press Freedom Award. Jon Stewart introduced his acceptance speech (see video).

The Associated Press contributed to this report.