10 COMICS TO WATCH: After writing several clever online comedy hits, the 'Dear White People' producer stepped in front of the camera with her own web series 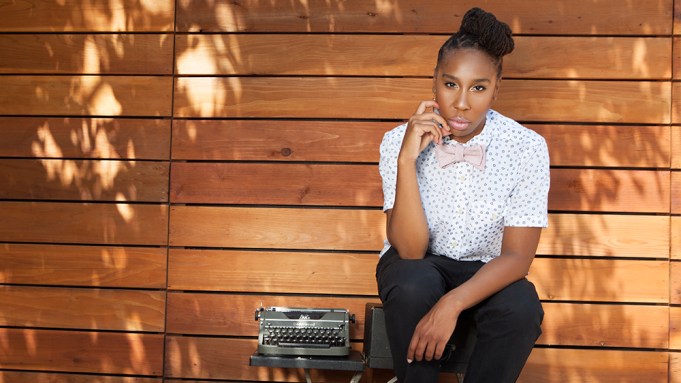 Growing up in Chicago during the early ’90s, Lena Waithe watched “A Different World,” which depicted the highs and lows of students attending a black college, and told herself that one day, she too would find a way to share relatable humor on a large platform.

Though her post-college, pop-culture-infused storylines often get her compared to name-twin Lena Dunham — albeit an African-American, lesbian version of the “Girls” creator — the 30-year-old Waithe has found it takes some serious ingenuity to be heard in an industry dominated by white-centric comedy.

“I want to tell stories that aren’t being told in an authentic way, so basically the way to be part of the conversation is really to use all platforms,” says Waithe.

She wrote for online, including the popular YouTube parody “Shit Black Girls Say,” and started sending jokes to aspiring director Justin Simien, whose snappy @DearWhitePeople Twitter handle matched her sensibility. (Serving as producer, she helped get the “Dear White People” feature made. The film debuted in Sundance and opens theatrically this October.)

Meanwhile, Waithe’s whip-smart sensibility earned her a writing gig on Fox’s “Bones,” just as her semi-autobiographical Web series “Twenties” carved out a chance for her to act online. “Twenties” also caught the eye of Queen Latifah’s production shingle, Flavor Unit, and just weeks ago booked a pilot deal with BET.