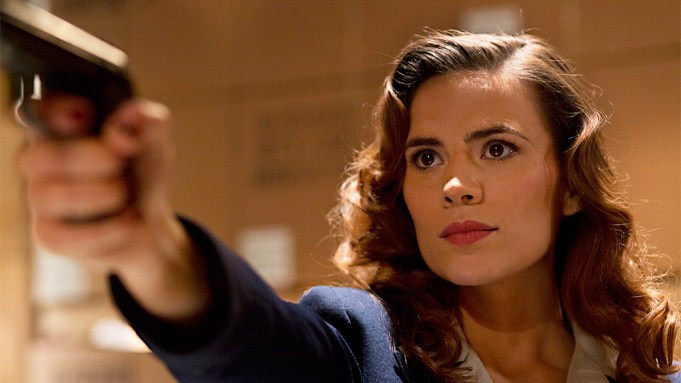 ABC kicked off its upfront presentation with an interesting and somewhat unexpected pitch: Remember, we’re part of the Walt Disney Co., home to Disney, Marvel, Pixar, Lucasfilm and ESPN, among other brand titans.

Despite ABC Entertainment chief Paul Lee’s relentless positivity, there was an underlying admission in that approach — one that said while the network has struggled, it has an enormous array of assets to potentially help jolt it out of that malaise.

What followed was, like most ABC development presentations, a mixed — and in Lee’s determination to showcase seemingly every midseason candidate, overly long — bag. Several shows looked like “big swings,” as Lee described them, perhaps foremost among them the period musical comedy “Galavant” (above). ABC also delivered a lineup that showcased a level of racial diversity that was unusual and welcome, including sitcoms built around African-American (“Black-ish”), Hispanic (“Cristela”) and Asian (“Fresh Off the Boat”) families.

At the same time, Lee painted a picture of a network schedule with ample strength and established lead-ins, which might not be as readily apparent to an unbiased third party. It’s hard to see how the network does much to improve its Tuesday fortunes, for example, simply by flipping “Marvel’s Agents of SHIELD” to 9 and preceding it with two unproven new comedies. That said, the network’s midseason Marvel series spun out of the “Captain America” movies, “Agent Carter,” starring Hayley Atwell, might be more inherently commercial than “SHIELD” if executed properly.

By contrast, with “Grey’s Anatomy” entering its walker years in TV terms, the network wisely opted to shift the buzzworthy “Scandal” to become the centerpiece of its Thursday lineup, hoping that lead-in will help introduce another new drama, “How to Get Away With Murder” — not just a third Shonda Rhimes production but a vehicle for one of the best actresses around, Viola Davis.

Of course, NBC will be doing the same thing with “The Blacklist,” but that won’t happen until midseason, giving the Alphabet network a jump on planting its flag.

Lee maintained ABC has momentum, but he didn’t help himself by misspeaking when he sought to describe the network’s first-place finishes. And all the talk about urging creative talent to “break the rules” wasn’t completely reinforced by the nature of the network’s development, which generally looked interesting, but hardly like a huge departure. (Notably, one of the limited series, “Secrets and Lies,” looks very much like Fox’s “Gracepoint,” itself a U.S. remake of the British series “Broadchurch.”)

There was also something a little awkward about having outgoing Disney Media Networks co-chair Anne Sweeney handling the introduction and throwing out a nod to her successor, Ben Sherwood, especially when Jimmy Kimmel came out to do his usual upfront shtick, lampooning Sweeney’s stated desire to become a TV director. Kimmel is pretty good in this setting, but occasionally the jokes strike a little too close to home.

ABC’s slick clip packages effectively pushed the network’s signature programs, closing with the line, “Why just watch when you can feel?”

Feeling is great. But in order to do that, ABC had better hope it can get them to watch first.

Preliminary grade, subject to revision (grading is on a curve): B-