Why Actresses Like Zooey Deschanel, Mindy Kaling are Stepping Up Behind the Camera 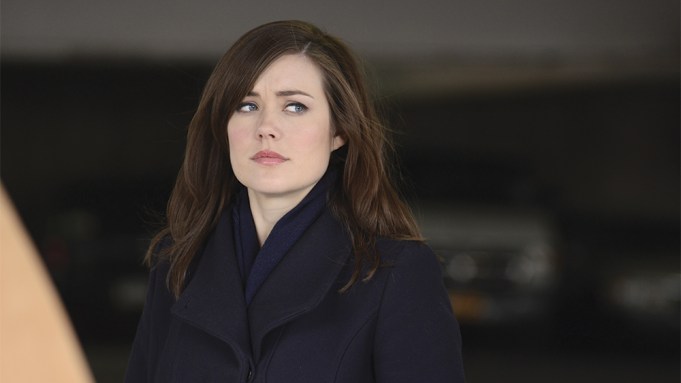 Before Zooey Deschanel joined the cast of Fox’s “The New Girl” in 2011, she wasn’t exactly looking for a full-time television series. She had already guest-starred on plenty of established shows, like Showtime’s “Weeds,” and had a thriving film career (plus a band, She & Him, on the side). In fact, she wasn’t willing to take the role without a producer credit.

“I didn’t really want to do something unless I had a voice beyond just being an actor,” Deschanel says. “I was always wary about doing television, just because you have to play the same character for a long period of time. Being a producer gave me the confidence to know that it would be a dialogue, and I wouldn’t just be told what
to do.”

Deschanel is one of many actresses who have found more creative freedom working behind the scenes on series in which they star. Among the youngest, yet perhaps leading the charge, is Lena Dunham, who serves as writer, director, producer and star on HBO’s “Girls.” Other producer-stars include Amy Poehler on NBC’s “Parks and Recreation”; Julia Louis-Dreyfus on HBO’s “Veep”; Julianna Margulies on CBS’ “The Good Wife”; and Connie Britton on ABC’s “Nashville.”

For “The Mindy Project’s” Mindy Kaling, who previously wrote, produced and played a supporting role on NBC’s “The Office,” there’s one big advantage to being the star and the boss on her Fox show.

“Things work very efficiently on set because I have the final creative say,” Kaling explains. “I’m also the human emitting the most lines, so I can make changes on the fly. So that’s very good for efficiency and for my taste and tone.”

(Illustration by Kelsey Dake for Variety)

Often the difficult part in taking on multiple jobs is focusing on the right one at the right time, according to Jessica St. Clair, who, with Lennon Parham, writes, produces and stars in USA Network’s first-year comedy “Playing House.”

“If you are constantly worrying about all of these other things when you’re in the scene, then you won’t be able to have fun and really be present,” St. Clair explains. “So we hired directors that we’ve worked with before and that we trust.”

Kaling adds that doing the job of actor and writer requires a lot of physical back and forth.

“I want to be both places at one time,” she says. “I do a lot of traveling from set to writers’ room, because if you stand in any one place too long your absence is noticeable in the other place. They’re both so fun, and they’re so different from each other. I wish that I could, in many ways, just duplicate myself, but that’s the job.”

And it can be a job that’s tough to break away from, according to Parham.

“It’s hard to leave our show and go just be an actor on somebody else’s because I still have the boss instinct, and I want to tell everybody what to do,” Parham says with a laugh. “I had to check myself on a (recent) job because I was trying to tell Jennifer Aniston how to deliver her line, and I was like, ‘Oh, maybe I shouldn’t do that because I’m not in charge.’ ”

For Amy Schumer, writing and producing her sketch-comedy series “Inside Amy Schumer” on Comedy Central takes a lot more time and pays much less than her stand-up career, so creative control is the ultimate reward.

“I don’t have a family. I don’t dress well. My apartment isn’t that nice. I don’t have someone at home (saying), ‘Provide for me!’ So I have the luxury of just (making) stuff that I’m really proud of,” Schumer says. “Who knows? That could change, and I could be playing somebody’s stupid best friend in a very crisp-looking Christmas movie in a
couple years.”