Young Hollywood Awards Honor Ansel Elgort, ‘The Fault in Our Stars’ and ‘Orange Is the New Black’ 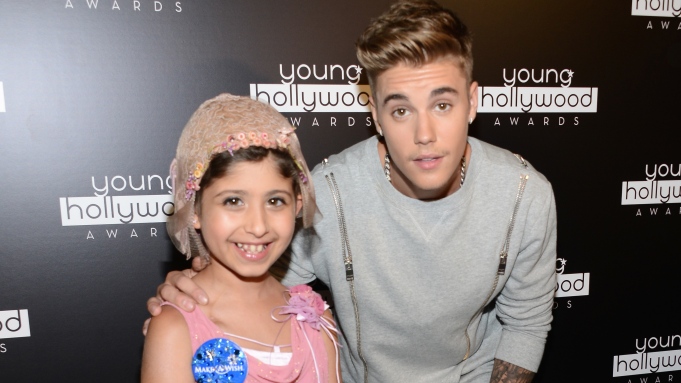 From “Orange is the New Black” to “The Fault in Our Stars,” entertainment’s upcoming and young talent hit the red carpet Sunday for the 2014 Young Hollywood Awards Sunday night at the Wiltern Theatre in Los Angeles.

Ansel Elgort — the actor who has fans swooning over his performance as Augustus Waters in “The Fault in Our Stars” — celebrated his first award nomination and his first win for Fan-Favorite Actor.

Elgort spoke on the importance of social media. “It’s the way of the future. Social media is so new and being a young influencer, social media is something I should be on because I have chance to leave a positive mark on people,” he said. “I think when people use social media in a poor way you shouldn’t be on it at all, but I always try encourage people to use to it to bring each other up, not down.”

The “Divergent” franchise star also tweets and Instagrams on a daily basis, sometimes showing that even he flies coach.

“I fly coach when I’m paying for it. Just because I have all these successful movies doesn’t mean I’m paid too much money yet,” he laughed.

Cast members of Netflix’s “Orange is the New Black” attended the event and accepted the award for Most Bingeworthy TV Show, while Danielle Brooks won the award for Breakthrough Actress.

Brooks, 24, is the youngest of the cast and joked that the youngest is always the most mature.  “We all kind of got here at the same time and are up-and-coming actors, so we treat each other with respect,” she added.

Her co-star Dascha Polanco, who plays pregnant inmate Daya, didn’t reveal whether or not she will be having the baby on season three. “I don’t know if we’re going to have it,” she said. “I’m looking forward to more scripts, send me the scripts.”

Both Polanco and Brooks revealed that they were soaking in the every moment following the show’s 12 Emmy nominations and thankful to the fans for their support.

“I wasn’t prepared mentally,” said Polanco, of the response it would have on Twitter. She says she does “Fanmail Fridays,” and posts the fanmail she receives on Instagram to “show a little love.”

Brooks says she takes to Twitter, too, but is having some difficulty.

“I feel actually like an old person at working it. I’m not the best, I just figured out how to do the DMing, so I’m getting there,” said Brooks. “But they get mad at me if I don’t respond and I’m like, ‘I can’t respond to everything!’”

One huge OITNB fan, MTV’s “Awkward” actress Jillian Rose Reed, said she was in quite the predicament. Her show was nominated against OITNB for YHA’s Most Bingeworthy TV Show, “so it’s going to be a little bit of a situation I think, but I will be able to handle it.”

Like many, Reed binge-watched the entire season. “I did it over the span of like five days — that’s kind of normal right?”

Long-time “Bachelor” host Chris Harrison walked the red carpet and his show won the award for Reality Royalty. Harrison spoke on how things have changed for the show 12 years since its inception.

“We started 12, 13 years ago and there was no such thing as a blog, much less MySpace. Then you go to Facebook, then you to Instagram, then you go to Twitter, and now we are live-tweeting during the show. So socially it’s becoming more relevant than I think we’ve ever have been.”

Being the Young Hollywood Awards, stars took selfies and tweeted all throughout the night.

Had so much fun @YHAwards tonight! Loved meeting the #OrangeIsTheNewBlack cast :)

@TreySongz singing to my girl @DashPolanco during @YHAwards gave me my life! I felt like he was singing to me. 😍

“It is like an extra job, but it’s been so important for stand ups, for actors, it’s been a very powerful tool,” said comic Heather Macdonald, writer and producer on “Chelsea Lately.”

Justin Bieber also made an appearance to accept the award for Champ of Charity for his record breaking work with the Make-a-Wish Foundation. Make-a-Wish recipient Grace was in attendance to be a celebrity for a day and was brought on stage by Bieber when he accepted his award.

We Love to Hate You: Pablo Schreiber

Favorite Flick: “The Fault in Our Stars”

Best Cast Chemistry — Film: “The Fault in Our Stars”

Song of the Summer: “Fancy” by Iggy Azalea