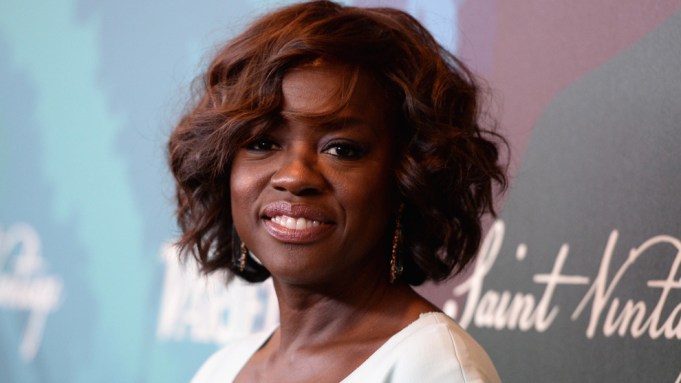 Variety’s annual Power of Women luncheon, which this year took place Friday at the Beverly Wilshire hotel in Beverly Hills, continued its tradition of focusing on organizations that have personal significance to honorees.

“We’re celebrating their life’s work of philanthropy and charity. It’s the work that I like to say really matters,” said Eva Longoria, a 2011 Power of Women honoree who also represented partner Lifetime. The channel recently renewed “Devious Maids,” a series she exec produces.

“How to Get Away with Murder” star Viola Davis shared her emotional journey from growing up in abject poverty and how she is using that experience to educate the public about hungry children in the U.S. through the Hunger Is initiative, while “Wild” star Reese Witherspoon spoke of how her daughter, Ava, informed her about Malala Yousafzai and that promoted her work with the Malala Fund., “American Idol” judge Jennifer Lopez talked about why she started the Lopez Family Foundation to provide access to healthcare for women and children without the resources she enjoys.

.@JLo is a #PowerofWomen honoree for cofounding the Lopez Family Foundation: "Power is the opportunity to be the catalyst for change."

“Although my childhood was filled with many happy memories, it was also filled with abject poverty; I was one of the 17 million kids in this country who didn’t know where their next meal was coming from,” said Davis, adding that she “sacrificed a childhood for food and grew up in immense shame” and speaking out now allows her to use her celebrity to put a face to the problem.

Fellow honorees included “The Newsroom” actress Jane Fonda and Universal Pictures chairman Donna Langley, who were representing Georgia Campaign for Adolescent Power and Potential and Vital Voices, respectively. Both said they felt it was their duty to promote philanthropic causes.

“I grew up in believing that service is the rent you pay for living life,” said Fonda, who referenced her father, Henry Fonda’s politically and socially conscious movies like “The Grapes of Wrath” and who also said that she prefers the word “activism” to “charity” because “activism creates trampolines; trampolines allow people to vault over walls that deprivation creates.”

Donna Langley wants her sons to "grow up in a world where female rights are a birthright, not something that is fought for." #PowerOfWomen

Langley, who was introduced by California Attorney General Kamala Harris with the reminder that “she is committed to increasing opportunities for women both in front of and behind the camera,” spoke of her two sons and how she can inspire them and other young people to make a difference.

“Women are not the world’s problem; we are the solution,” Menounos said.