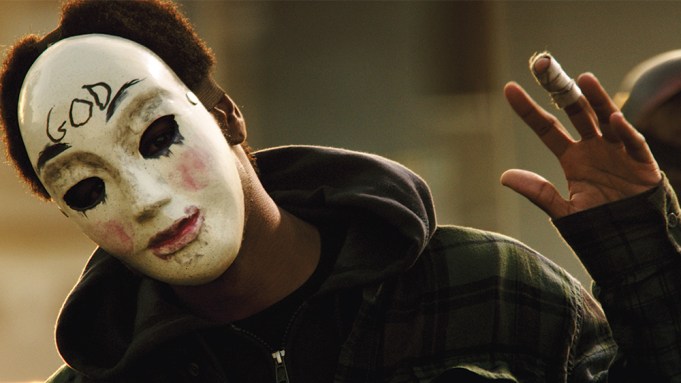 A hit in theaters, “The Purge: Anarchy” will now become a “Halloween Horror Nights” scarezone at both Universal Studios Hollywood and Universal Orlando Resort.

Film joins TV shows “The Walking Dead,” “From Dusk Till Dawn” and Syfy’s “Face Off” as other themed attractions at “Halloween Horror Nights,” that transforms Universal’s theme parks into a nightly scarefest.

“The Purge” scarezone will reimagine the film’s premise that revolves around all crime being legal one night a year, with the film themeing Universal Studios’ New York City backlot streets.

“‘Halloween Horror Nights’ is about taking guests out of their comfort zones and placing them at the core of unimaginable horror,” said John Murdy, Universal Studios Hollywood’s creative director for and executive producer of “Halloween Horror Nights.” “Because the premise of ‘The Purge’ could theoretically happen, our scare-zone elevates that sense of fear and forces you to really watch your back. Imagining how your neighbor, friend or enemy could take revenge on you without retribution because you wronged them takes horror to a whole new level, and we wanted to bring that gut-wrenching terror to every one of our guests.”