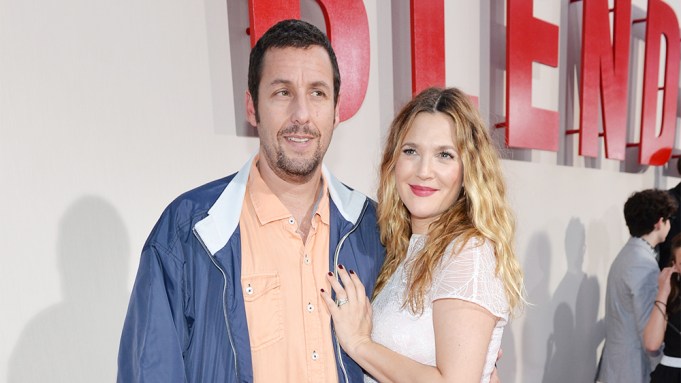 When it comes to making a family, all you have to do is “blend.”

Although Drew Barrymore and Adam Sandler’s new romcom “Blended” gives fans the long-awaited reunion, their newest venture also gives audiences a little more — a realistic look into family life. One of the film’s themes is “blended” families — families that are nontraditional in some way. The movie portrays several blended families, and the cast also told Variety at the film’s Wednesday premiere afterparty at the Tropicana at the Roosevelt Hotel what the term means to them personally.

Terry Crews, who plays Nickens, a hilarious singer-dancer who entertains the hotel’s patrons wherever they go, lives in a real-life blended family.

“Having a blended family, the love is a little different,” Crews said. “It’s almost like two bones that are broken, and once they fuse they’re really really super strong.”

A self-proclaimed very big family man, Crews feels passionately about children being part of a family or having someone to mentor them as they grow up.

“Family in any kind of way is always good,” he said.

Drew Barrymore, who plays recently divorced Lauren who has two sons, also shed some light on what the term means to her and the importance of family. To her, the idea of the family comes in all shapes and sizes.

“I appreciate that terms like ‘modern family’ and ‘blended’ have become familiar in the culture as ways to describe a pride in a family that doesn’t look a certain way,” Barrymore said.

She also said her personal experiences growing up allowed her to realize the importance of having connections.

“I think that my family looks traditional from the outside,” she said, talking about her two children with husband Will Kopelman, adding, “But I also know that I had kind of ‘zero-point-zero’ family growing up, and it was my friends that became my family and they gave me a sense of place in the world and they gave me tough love.”

The pic’s director Frank Coraci, who was attracted to “Blended’s” script for its non-existent romantic cliches and, of course, the Barrymore-Sandler connection, feels that the term “blend” means that cultures, people and ideas merge together. In the case of the movie, it’s about family.

“In so many ways this was a blending of cultures,” Coraci said. “But ultimately it’s a blended family.”

And there was no shortage of families at the afterparty, as kids were running around having their own fun. Although there were buffets full of fish, meat and everything in between, there were also Hooters girls passing out chicken wings and other appetizers — an homage to their role in “Blended” and probably “Big Daddy,” too.

The after party also provided a massage station, open bar and African dancers who greeted guests similar to the way they greeted the hotel’s patrons in the movie.