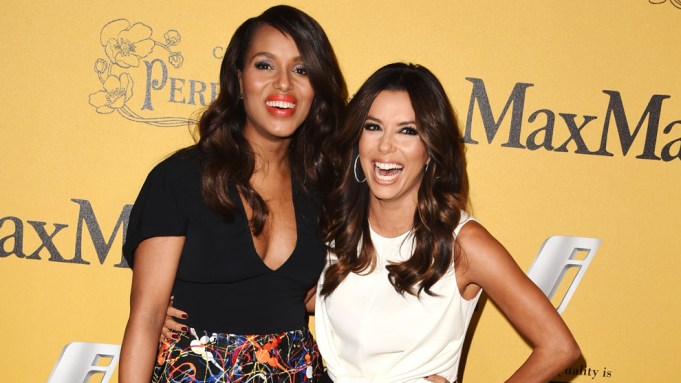 Stars of both fashion and film gathered at the historic Plaza Hotel on June 10 for amfAR’s 5th Inspiration Gala, to raise awareness for AIDS research and awareness.

“We’re here tonight because we all care deeply about ending the AIDS crisis. This is a pivotal time. So much has changed, and significant progress continues to be made,” said chairman Kenneth Cole, who has been involved in amfAR since 1987.

Accepting the Award of Inspiration on behalf of HBO was President of Programming Michael Lombardo. “Sex and the City” star (and longtime amfAR supporter) Sarah Jessica Parker took to the stage to introduce her friend, recalling memories from their early days at HBO and calling Lombardo fair, smart, diligent and kind. “He proved to be a great example to me of how one could and can conduct business, no matter how complex,” the actress said. She also brought attention to the way HBO has expanded its content over the years to bring light to controversial topics, producing such groundbreaking features as “And The Band Played On,” “Angels in America” and the recent production of Larry Kramer’s “The Normal Heart.”

“I discovered at HBO a company that defied all my preconceptions about corporate America,” Lombardo said in his acceptance speech. “It was a company that seemed to believe that decency and fair mindedness were not antithetical to success. I discovered myself working amongst a group of men and women who held passionately that our program initiatives should aspire to do more than entertain – programs that should aspire to enlighten and challenge and move people. Those values inspired me 30 years ago and inspire me today.”

During a break in speeches, host Josh Duhamel encouraged “100% audience participation” by asking guests to text their donations to a number displayed on a large LED screen. The foundation raised $28,000 from those pledges alone, and HBO generously agreed to match the proceeds for a total contribution of $58,000. More than $1.2 million was raised at the gala.

The annual auction, led by Paddle 8 co-founder Alexander Gilkes, showcased a rare amount of luxury goods as well as some exotic vacation get-aways, including a 7-day polar expedition guided by famous adventurer Johan Ernst Nilson. Following the auction, Newfound Glory took the stage for a spirited performance that had attendees in high spirits as they celebrated their way into the night.