‘Amazing Spider-Man 2’ Premiere: Will Shailene Woodley Ever Appear in the Series?

Mary Jane appeared as a cocktail but not on-screen. 'We don't know yet.' 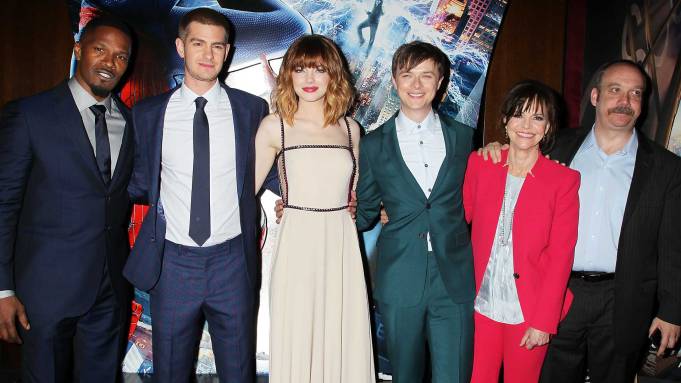 The after-party at Skylight at Moynihan Station featured a brief performance by Alicia Keys, Kendrick Lamar, Johnny Marr and Hans Zimmer. Bartenders served Spider-Man-themed cocktails like the Mary Jane, even though the character never appeared in the movie.

One actress missing from the festivities was “Divergent” star Shailene Woodley, who saw her scenes as Spider-Man’s other girlfriend wind up on the cutting room floor. Producer Matt Tolmach addressed what happened.

“We bit off more story than we could tell,” Tolmach said. “We had a 148-page script. We were in the middle of that, and we realized this story is not going to be in this movie.”

When asked if the already shot footage of Woodley would appear in the next “Amazing Spider-Man,” he said, “We don’t know yet.”

Tolmach said he wasn’t worried about “Spider-Man” competing with other Marvel properties, including Disney’s “Captain America: The Winter Soldier” and Fox’s “X-Men: Days of Future Past.”

“Not at all,” he said, “because I think when one of these movies is well received and works, it whets the appetite.” Tolmach predicted the sequel would outgross the $752 million worldwide gross generated by the first Garfield starrer in 2012, but he wouldn’t say by how much. “I don’t want to jinx myself,” he said.

Former Marvel Studios CEO Avi Arad attended the premiere in a Spider-Man sweater, and noted that the Peter Parker character is his favorite.

“We are in very good shape,” he said. “Listen, if you were with me when I started this, you would have said it would never work. Most people didn’t understand what I’m doing. Comic books are really serious literature. And then a whole generation of geeks became filmmakers, journalists and directors.”

Arad added that misconceptions about Marvel are mostly gone. “There were a lot,” he said. “I used to get calls from Wall Street almost twice a quarter — ‘How long do you think this could work?’ It started with ‘Blade.’”