Continue to Variety SKIP AD
You will be redirected back to your article in seconds
May 23, 2014 9:33am PT 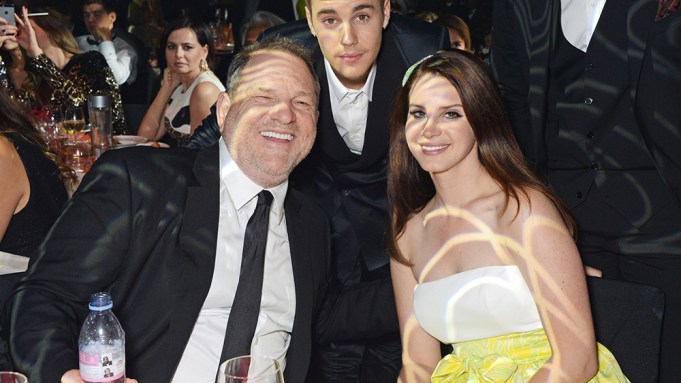 The annual amfAR auction at the Hotel du Cap-Eden-Roc outside of Cannes is known for its extravagant auctions on behalf of AIDS research, but this year the charity event shot into outer space. Leonardo DiCaprio auctioned a space trip in 2015 with him, which sold for €700,000 (almost $1 million).

DiCaprio skipped the red carpet, but he was overheard at the start of the event in the men’s restroom making a business deal on his cell phone while standing at the urinal.

In all, the charity raised a record $38 million on the night of its biggest fundraiser of the year.

The artist, who donated two other art pieces, was also in the audience, seen posing for photos with Hilton.

In the middle of the three-hour ceremony, roughly 40 supermodels strutted on a catwalk in ruby (and other shades of red) ball gowns. The collection of dresses by designers from all over the world sold for $4.8 million, in an auction moderated by Stone.

The winning bidder was Igor Susin, a Russian businessman who told Variety that he made the purchase for his wife, Ina. “I will wear the first one on my birthday,” Ina said. “I will wear them all.”

Lana Del Rey performed the first set of the night. Andrea Bocelli sang “My Way,” a tune dedicated to Elizabeth Taylor (who founded amfAR in 1993). Robin Thicke closed with a melancholy song he wrote when his wife, Paula Patton, recently asked him for a divorce, as well as his hit “Blurred Lines.”

The DiCaprio space prize was an item first offered at last year’s auction, but Stone had plenty of new offerings — like a pair of gloves that belonged to designer Karl Lagerfeld ($13,700).

Stone also sold for $478,390 a week on a 183-foot, 11-bedroom yacht (complete with a meditation suite and Jacuzzi) where she had been staying during her visit to Cannes.

“Today is the day we can say we have a cure for pediatric AIDS,” Stone said to loud applause. “There were many times we came here over the years where we’re failing.”

“Now we are in the beginning of the end of AIDS,” she promised. By 2020, she predicted a vaccine would exist for HIV/AIDS. Talking to reporters prior to the event, Stone broke into tears as she spoke about the long fight she’s waged for the cause. On the stage, she said the amfAR Cannes event started as a small gathering. It had grown so large, she said it was now just another major festival party, which marked progress.

(Pictured: Marion Cotillard and Leonardo DiCaprio at the amfAR Cinema Against AIDS gala)