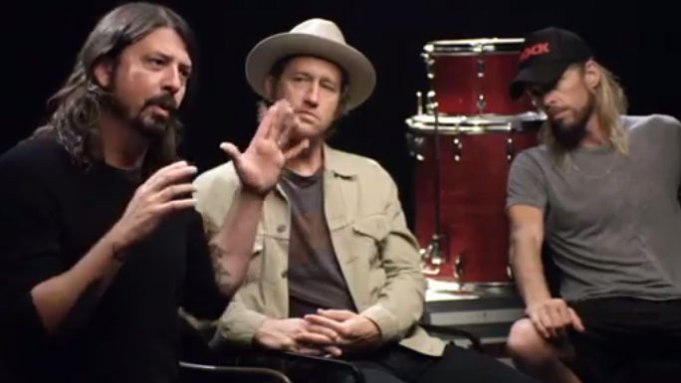 Foo Fighters fans can rejoice: HBO has released a five-minute trailer for the eight-episode “Sonic Highways,” which follows the band as they travel across the country in the process of putting together their new album, and previews some new music in the clip as well.

The series premieres on Oct. 17, and, along with the musical snippets, the trailer previews some of the guest stars Dave Grohl and the band meet, including Queen of the Stone Age’s Josh Homme, Willie Nelson, Kiss’ Paul Stanley, Coldplay’s Chris Martin, the Black Keys’ Dan Auerbach and Dolly Parton.

“Basically, the process is we come to a city and we spend a week and we start recording an instrumental, because I interview all of these different musicians from that city,” explains frontman Grohl in the trailer.

He uses the interviews to craft lyrics for songs on “Sonic Highways,” using the “cultural influence” of the area, and each episode of the series will end with the song inspired by the featured city.

“Something From Nothing,” the first single off the new album, will premiere Oct. 16, the night before the series premiere. Additionally, the Foo Fighters have booked a week-long residency on the “Late Show With David Letterman” for the week of Oct. 13.

“Sonic Highways” the album will debut Nov. 10, halfway through the series’ run.