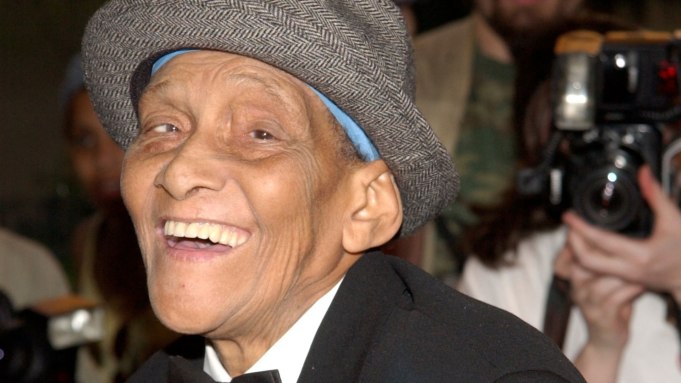 Jimmy Scott, a jazz singer known for his falsetto voice and late-in-life appearance on “Twin Peaks,” died in his sleep Thursday at the age of 88, according to the Cleveland Plain Dealer.

A family friend said that Scott died in his Las Vegas home.

Scott was often referred to as “Little” Jimmy Scott and rose to fame with the late 1940s hit “Everybody’s Somebody’s Fool” while he was singing with Lionel Hampton’s orchestra. He performed with jazz legends including Charles Mingus, Lester Young and Charlie Parker.

But though he continued recording, he stopped performing in the 1960s after becoming frustrated with the music business, working in Cleveland hotels and other jobs.

His career was revived when he caught the attention of record exec Seymour Stein when the 65-year-old Scott sang at the funeral of Doc Pomus in 1991. He went back on tour and his 1992 comeback album “All the Way” was Grammy nominated.

He released several more recordings, sang on Lou Reed’s “Magic and Loss” album and performed with Michael Stipe. But his most prominent gig came when he appeared in the series finale of David Lynch’s “Twin Peaks” singing the song “Sycamore Trees.” He was also featured in the follow up film “Twin Peaks: Fire Walk With Me.”

Scott had been diagnosed with Kallmann’s syndrome, a rare genetic condition that prevented him from reaching puberty. The condition stunted his growth at 4 feet 11 inches until he grew 8 more inches at age 37. The condition also left him with a high, undeveloped voice.

He  performed at Dwight Eisenhower’s and  Bill Clinton’s presidential inaugurations and was inducted into the R&B Music Hall of Fame at Cleveland State U. on Aug. 17.