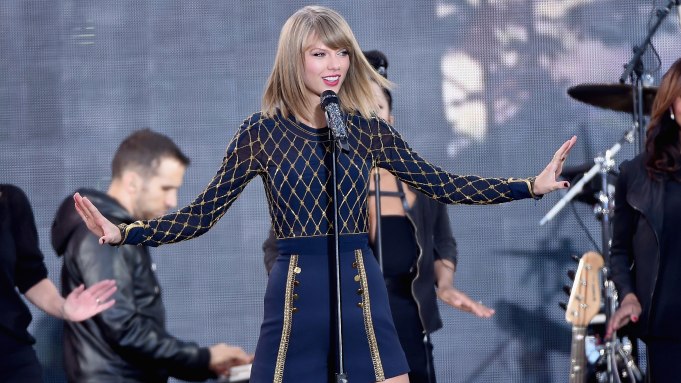 Taylor Swift and Meghan Trainor are among the contenders for Record of the Year honors at the 57th Grammy Awards.

Swift is up for “Shake It Off.” Trainor is nommed for her hit “All About That Bass.” The other contenders are: Sam Smith for “Stay with Me,” Sia for “Chandelier” and Iggy Azalea featuring Charli XCX for “Fancy.”

Nominees for Record of the Year and four other categories were unveiled Friday morning on “CBS This Morning.”

The Recording Academy opted for an unconventional process of announcing this year’s Grammy noms. Four categories as well as Record of the Year were revealed on “CBS This Morning,” and a handful of others are being announced via Twitter through 11 a.m. PT, when the Acad will release a list of 82 out of 83 categories. Finally, Album of the Year nominees will be revealed shortly before 7 p.m. PT as part of CBS’ primetime “A Very Grammy Christmas” special.

The Grammy Awards ceremony will air live on CBS on Feb. 8.