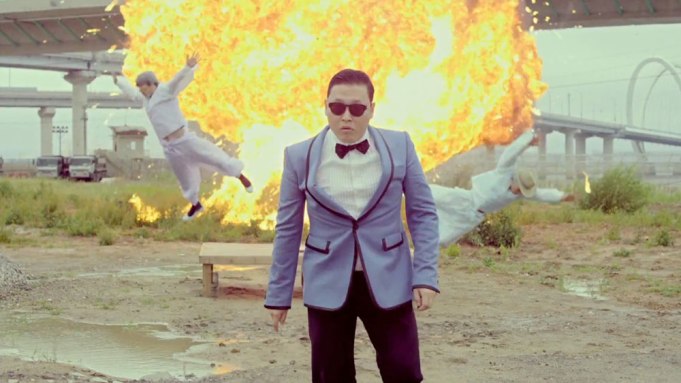 The South Korean pop star’s 2012 summer hit “Gangnam Style” has become the first YouTube video with 2 billion views. The clip reached the milestone before midnight on Friday and currently has 2,001,085,884 views.

Back in late 2012, “Gangnam Style” beat Justin Bieber’s “Baby” to become the first video on the site with 1 billion views. “Baby” is the only other YouTube vid with a billion-plus views, but with 1.04 billion hits, it’s far behind “Gangnam Style.”

It also overtook LMFAO’s “Party Rock Anthem” two years ago as the most “liked” clip on YouTube.

Psy holds another YouTube record with his sophomore hit “Gentleman,” which earned the most views in a day (38 million) in April of last year.