Clay Aiken to Run for Congress in North Carolina 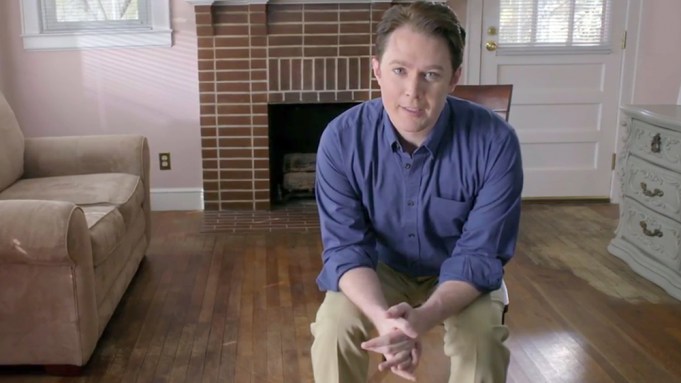 In deciding to throw his hat in the ring for a North Carolina congressional seat, singer Clay Aiken is aiming to defy expectations — not only of his political abilities, but whether the conservative-skewing district is prepared to vote for the “American Idol” runner-up who is openly gay and a Democrat.

On Wednesday, Aiken announced his bid in an almost five-minute web video, heavy in biographical details, soothing as he talks directly to the camera in his childhood living room, and addressing some of the challenges ahead. It’s free of any direct mention of the show that made him famous: “American Idol.”

“You might wonder what would qualify me to run,” he says. “Well, it starts with a life I remember all too well. Mom working nights at Sears. Trips to the thrift store. Christmases where I might get only one small present. That would make it the only present I would cherish.”

He faces two challengers in a Democratic primary, and if he wins, he would take on Rep. Renee Ellmers, the Republican incumbent. Although political analysts have seen the district as safely in Republican hands, she made a swipe at Aiken earlier last week in a radio interview, saying, “As we know, he doesn’t always fare that well. He was runner-up.” Mitt Romney won 58% of the vote in the district in 2012.

But Aiken attacked back in his video, citing Ellmers’ votes to cut military spending and for the government shutdown, and “then she complained she needed her paycheck.”

Aiken’s video tries to address perhaps the first major impediment to a run: Voters taking him seriously. Al Franken had to overcome the notion that his candidacy was a joke when he ran for Senate in Minnesota in the 2008 cycle, and he had a laser focus on statewide concerns and largely shunning the national media spotlight.

The last professional singer elected to Congress was John Hall, of the 1970s group Orleans, who was voted in to a New York congressional seat in 2006. But he lost to a Republican challenger in the GOP wave of 2010.