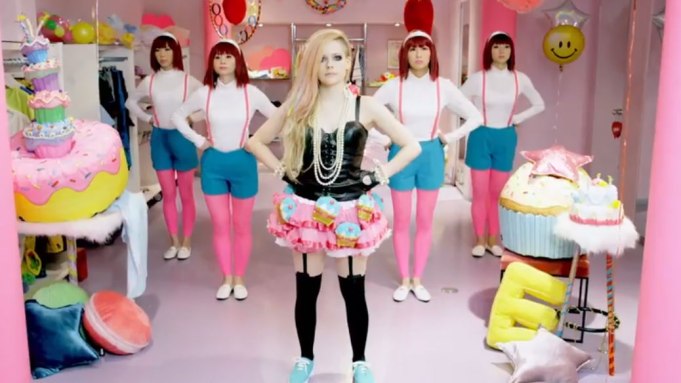 Avril Lavigne has come under fire following the release of the music video for “Hello Kitty,” the latest single off her self-titled fifth studio album.

In the video, Lavigne prances around Tokyo accompanied by four emotionless Asian women dressed in matching outfits. While the singer has received much criticism for the video as a whole, she took to Facebook and Twitter Wednesday night and responded specifically to accusations of racism.

“RACIST??? LOLOLOL!!! I love Japanese culture and I spend half of my time in Japan,” Lavigne wrote. “I flew to Tokyo to shoot this video specifically for my Japanese fans, WITH my Japanese label, Japanese choreographers AND a Japanese director IN Japan.”

The music video was removed from YouTube on Tuesday but could still be viewed on the singer’s website. Back on YouTube since Wednesday, “Hello Kitty” has racked up nearly 500,000 views.

Lavigne will continue to promote her new music when she heads out on tour with the Backstreet Boys beginning May 3.