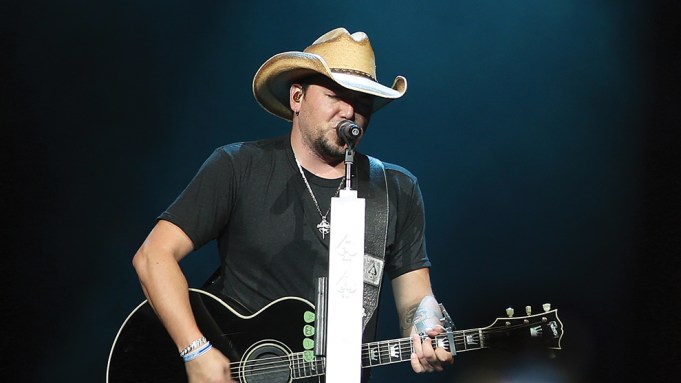 By the time December rolls around, the last thing most music acts want is to trot out for another awards show, having already gotten dolled up for the Grammys, American Music Awards and countless other black tie events. So when Country Music Television needed to come up with a tentpole event for the end of the year, it knew it had to create a “low stress and high fun” evening, says John Hamlin, CMT’s senior VP of music events and talent. Thus, CMT’s Artists of the Year special, which celebrates its fifth edition Dec. 2, was born.

“What I wanted it to look like was our version of the Golden Globes,” Hamlin says. “The artists can let their hair down, have a few drinks. We pour really good wine.”

Then CMT went one better than the loose-limbed Globes: the artists already know they’ve won so there are no frayed nerves waiting for the envelope to be opened. This year’s event, held at Nashville’s Schermerhorn Symphony Center, honors Jason Aldean, Luke Bryan, Florida Georgia Line, Miranda Lambert and Keith Urban.

The show “filled a gap we didn’t know existed,” says CMT president Brian Philips. “We fought tooth and nail to make sure it wasn’t just another entry into the crowded field of award shows.”

The honorees are chosen through a CMT-designed matrix that combines empirical data such as airplay, album sales, song downloads, concert ticket sales and video play between Oct. 1 and Sept. 30.

“I’m trying to take out playing favorites,” Hamlin says. “Yes, I have to produce a TV show and want the biggest stars, but we don’t decide. (The honorees have) earned the right to be called artist of the year.”

Those celebrated decide whether to perform one song solo, have their music represented by someone else or to collaborate with a musical hero. The results have often produced water-cooler moments, such as past honoree Bryan and Lionel Richie leading a conga line through the audience on “All Night Long,” Adele belting Lady Antebellum’s “Need You Now,” or Maroon 5 covering Taylor Swift’s “Mine.”

In 2013, the CMT Artists of the Year Awards special shifted from pre-taped to airing live. “Live TV shows are just more of the moment, they’re more urgent,” Hamlin says.

The acts can also get in and out quickly, an added incentive to attend. “Three years ago, because of some scheduling situations, the 90-minute show took about three hours to tape and we didn’t have enough food,” Hamlin says. “And by the time the show was over, everyone who drank was hammered.”

This year’s host will be Larry the Cable Guy. “Comedy always works,” Hamlin says. “I’d love to have Ricky Gervais host. But there’s a fine line between having fun with the artists and making fun of them.”

This year, the show adds a new element: the presentation of the Artist of a Lifetime award, as selected by a poll of 100 current and legacy country music artists. The 2014 recipient is Merle Haggard.

Says Philips: “It is really a way for us to say thanks to people who help us throughout the year.”