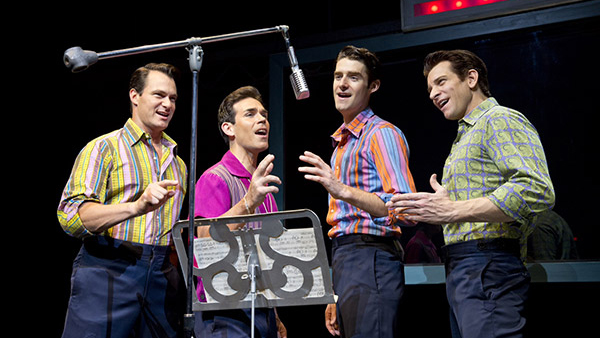 In the midst of their ongoing tussle for the number one slot in Broadway’s weekly Top 10, sixteen-year-old musical “The Lion King” has taken the title of top earner of the year, wrestling it away from longtime pack leader “Wicked.”

Riding a remarkable wave of resurgence that has seen “Lion King” post gains in both sales and attendance over the last few years, the Broadway tuner collected a king’s ransom of $96,983,840 for the calendar year 2013, which according to Broadway bookkeepers ended Dec. 29. “Wicked” — which earlier this week had its own achievement to trumpet, the breaking of the $3 million barrier for a single week’s worth of perfs – came in right behind at $95,278,197.

Among the 2013 crop of Broadway plays, Tom Hanks topliner “Lucky Guy” raked in $22,992,145, a staggering figure for an 18-week run of a nonmusical and one that underscores the irresistible appeal of star casting: When it works, it really works. With about 16 weeks under its belt, Daniel Craig and Rachel Weisz starrer “Betrayal” has pulled in $16,134,359 so far. (The show closes Jan. 5.)

Because Broadway box office is measured in weekly installments that run from Monday through Sunday, a midweek New Year’s changeover can throw off the exactitude of B.O. dating for calendar year stats. For the purposes of the Broadway League’s records, calendar year 2013 is the 52-week period beginning with the week that ended Jan. 6, 2013 and wrapping up with the sesh that finished Dec. 29.

Fewer playing weeks means fewer available performances, so it makes sense that attendance would fall off as well. The seemingly counterintuitive rise in grosses can be explained by the upward creep of Broadway ticket prices and the continuing prominence of premium-priced seating, which allows producers to capitalize on high-demand periods with big-money price tags — the latter trend being either savvy or greedy, depending on your viewpoint.

Those premium price tickets help explain how “The Book of Mormon,” in a significantly smaller venue than either “Lion King” or “Wicked,” gave them both a run for their money, logging $90,410,251 for 2013.

“Lion King” — which sells the majority of its premium tickets at $197 a pop, relatively low as these things go — can in part credit rising annual attendance (up to 699,800 from 684,974 in 2012) for its concomitant B.O. bump, in an unusual rejuvenation of popularity for a title that, given its age, would seem more likely to be tapering off rather than snowballing. A number of factors play a part in the production’s recent rise, including everything from consistent and targeted promotion to a Times Square venue that lands the show’s marquee in nearly every inch of TV and movie footage shot at the Gotham nexus.

Ten-year-old “Wicked,” meanwhile, is coming off its own remarkable run of nine straight years as the top yearly seller on Broadway, and don’t expect it to surrender the fight to “Lion King” in the coming year. The production got a boost of publicity in the fall from its ten-year anniversary, and a recent theater remodel has yielded a new, flexible set of balcony seats that can be opened up to maximize revenue during high-demand frames.

The year’s Tony champ, “Kinky Boots,” sashayed its way into the year’s number four slot with $62,953,446. Even the legiters involved in the production have been gobsmacked by the spring opener’s B.O. power, putting the show at the head of the spring 2013 class.

Now in the final week of its tumultuous, publicity-magnet run, “Spider-Man: Turn Off the Dark” ($57,214,550) posted year-end numbers that only underscored the seriousness of its decline at the box office in 2013, compared to the $78.5 million it logged in 2012.

The cume for Bette Midler starrer “I’ll Eat You Last” ($9,561,477) is fairly jawdropping when you take into account the brevity of its limited run and the small size of the show’s theater, while the $9,253,581 reported for the first eight weeks of current Billy Crystal topliner “700 Sundays” is downright astounding when you remember that Crystal plays only six perfs per week.

Broadway types generally consider calendar year statistics secondary to the figures released at the end of each theater season, which runs from early May to early May in a cycle that roughly matches up with the annual window for Tony Award eligibility. Still, the year-end numbers can act as a mid-season checkup ahead of this spring’s army of new titles — including “Rocky,” “Bullets Over Broadway,” “Bridges of Madison County” and “Aladdin” — looking to nab their own spots among the top earners.