When it comes to historical figures, not all stories are created equal. 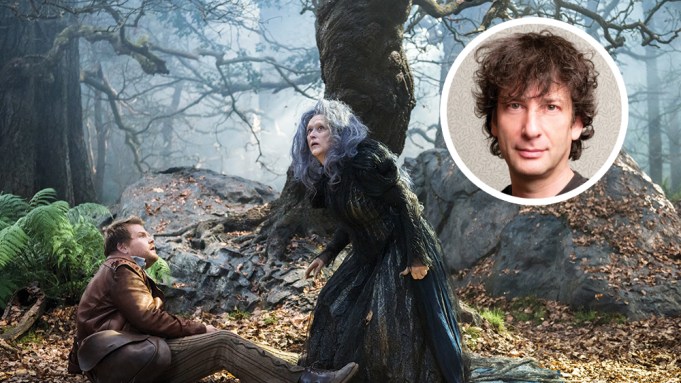 “If you’re writing the Nelson Mandela story, there are moments in that life that you can’t mess around with,” says “Wild” screenwriter Nick Hornby. “One needs to be historically accurate.”

But not all true stories are created equal. Less familiar real-life subjects, who aren’t well-defined in the public mind, offer screenwriters more opportunities to be creative.

That doesn’t give scripters total poetic license, though. There are limits, and the challenge for writers is finding those limits, because they differ on every project. Graham Moore, screenwriter of “The Imitation Game,” encapsulates the dilemma: “The trick is to balance drama and history in a way that’s ethical and responsible … while condensing and compressing so we can present things in a film.”

Anthony McCarten, who adapted Jane Hawking’s account of her marriage to famed physicist Stephen Hawking into “The Theory of Everything,” says, “Distortion should be avoided at all costs. With facts so readily Google-checked playing too fast and loose almost always backfires with the public.”
Yet “you do a biography’s subject no favors at all if the film is dull and unwatchable,” he says. That’s the risk of inventing too little.

Each cine-biographer chooses a dramatic purpose, then draws a line based on that. McCarten calls it his “theme.” Hornby says for less-than-famous subjects, “It’s what that story represents that’s important. As long as you end up with the same feeling and the same meaning in your story, I think you’re at liberty to depart from what actually occurred.”

For Hornby, adapting “Wild” meant reducing Cheryl Strayed’s siblings by one and compressing her hedonistic period, the quicker to get to her life-changing Pacific Crest Trail odyssey.

“It’s such a raw book,” Hornby says, “so personal and brave, we felt we had a duty of care to Cheryl and her family.” Also to millions of fans.

Stephen Hawking is a beloved figure for most seeing “The Theory of Everything.” Yet his pre-ALS life is obscure — first wife and co-protagonist Jane even more so. And when they were alone together, McCarten wryly notes, “of course I wasn’t there.”

A scribe should “locate the big moments you need” out of what’s fully documented, he advises. “Where poetic license must and should come into play, is in those vast empty spaces between the known facts.” Such spaces include dialogue, for which “you engage in what I call emotional ventriloquism. … You can’t hope for literal truth, but what you’re after is emotional authenticity.”

McCarten proudly quotes the Hawkings’ daughter, who said to him: “‘How did you catch my childhood? How did you know we did that stuff?’ Well, we didn’t know. That goes under the heading of ‘inspired speculation.’ ”

Plenty of speculation was applied to Alan Turing on “The Imitation Game.” The Nazis’ Enigma code cracker was something of an enigma himself.

“We have no audio recording or video of Turing and he had layers and layers of secrets he had to keep in his chest,” Moore says, matters of national intelligence and personal illicit sexuality. Official files remain sealed, while contemporaries’ recollections proved frustrating. Turing’s stutter, for instance, was deemed debilitating by some and minor by others.

Where evidence is contradictory or lacking, Moore says, “you have to interpolate educated guesses from varied data points. … What can we do on screen to create, and remain true to, Turing’s experience of the world?”

Moore ended up employing the stutter as a thematic element reflecting inner turmoil and external isolation. “Alan’s mind is flying off in a million directions at once, and his mouth can’t keep up,” hence the stuttering.

“But when his mouth latches onto his mind for a second, flows of words come out.” Such verbal cascades, inspired by Turing’s actual, florid writing style, serve “as a tool to push people away.”