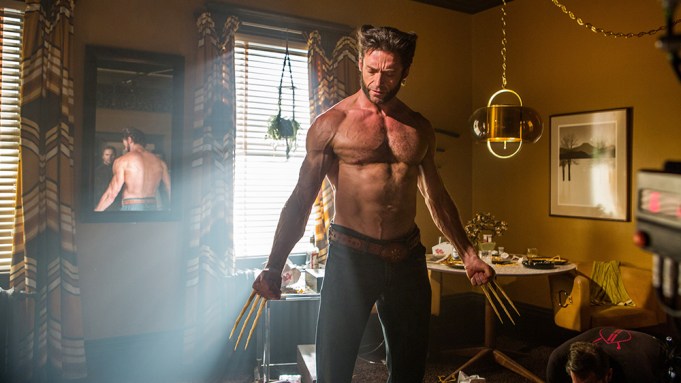 The seventh “X-Men” pic is on track for a $125 million Stateside opening on Memorial Day weekend. The film launches day and date worldwide, including China, on May 23.

The four-day estimate would put the action-adventure on par with the highest-grossing film from the ever-growing franchise, 2006’s “X-Men: The Last Stand.” “Last Stand” (a.k.a. “X3”) hauled almost $123 million domestically during its four-day Memorial Day opening weekend. It set the Memorial Day weekend record, which has since been topped by “Pirates of the Caribbean: At World’s End” and “Indiana Jones and the Kingdom of the Crystal Skull.”

Insiders predict that “Days of Future Past” could earn an estimated $250 million total domestically, which would make it the most financially successful “X-Men” movie to date Stateside. “Last Stand” made $234 million, while the latest “X-Men” pic, “X-Men: First Class,” made less than any other installment, with $146 million. Although it’s still doing good business, the franchise has taken a stumble both Stateside and worldwide after “Last Stand.”

“X-Men” is an even bigger cash cow overseas, with “First Class” reeling in almost 60% of its revenues from foreign markets. “Days of Future Past” will open in Japan on May 30 and Spain on June 6.

“Days of Future Past” is the most star-studded of the pack as it combines the cast of the original “X-Men” trilogy (veterans Hugh Jackman, Ian McKellen, Patrick Stewart and Halle Berry) with that of 2011’s “First Class” (crossover stars Jennifer Lawrence, Michael Fassbender and James McAvoy). Lawrence’s star power has skyrocketed since 2011’s “First Class” following the mega-success of her other franchise, “The Hunger Games,” and two Oscar noms (one win).

While younger moviegoers will be drawn to Lawrence, die-hard “X-Men” fans and older audiences will likely flock to theaters for Jackman’s sake. As the star of two Wolverine spinoffs (the second is set for 2017), he’s the actor most synonymous with the franchise.

Fox is pulling out all the stops to promote “Days Of Future Past.” With Singer dropping out of all press obligations, the film’s stars will “divide and conquer” (as they say during a promo). Jackman, Fassbender and McAvoy, and the rest of the gang will embark on a worldwide premiere tour, called the “X-Men X-Perience,” with stops in London, Moscow, Singapore, Melbourne, Beijing and Sao Paulo.

Viral marketing has teased the movie through stills and clips on social media. Singer himself took to Twitter during this summer’s production to share on-set photos and later tease trailers. Fox also cleverly held off on revealing movie footage until recently.

It still remains to be seen how much, if at all, Singer’s scandal will affect the movie. Michael Egan, now 31, filed a lawsuit last month accusing Singer of sexually assaulting him in the late 1990s. Egan claims he was 15 years old when Singer forcibly raped him. An anonymous British teen filed a similar suit last weekend.

Although he directed the franchise’s first two movies, Singer’s isn’t as associated with the franchise as his peers Joss Whedon and Christopher Nolan are attached to “The Avengers” and “The Dark Knight” superhero movie series. Singer left the director’s chair in 2002 after “X2: X-Men United” to make “Superman Returns” and “Jack the Giant Slayer,” which flopped at the box office and starred “Days of Future Past’s” Nicholas Hoult. But he’s creatively responsible for the biggest “X-Men” opening with “X2: X-Men United,” which debuted to $86 million in 2003. He produced “First Class” and is set to direct 2016’s “X-Men: Apocalypse.”

Projects helmed by filmmakers touched by scandal aren’t necessarily hurt at the box office — Woody Allen’s “Blue Jasmine” performed well at the specialty box office and Cate Blanchett won a best actress Oscar for her performance in the movie. “The Ghost Writer” was critically acclaimed in 2010 when Polanski was arrested in Switzerland for extradition to the U.S., which he fled in 1978 after pleading guilty to having sex with a 13-year-old girl.