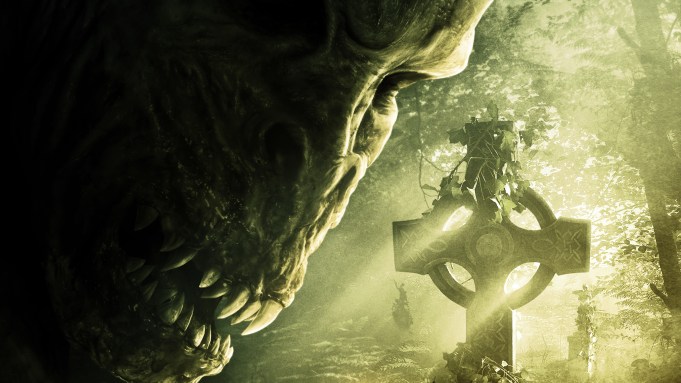 The reboot of the “Leprechaun” horror franchise will scare audiences in theaters after all.

Lionsgate and WWE Studios, which had planned to release “Leprechaun: Origins” direct to home entertainment platforms on Aug. 26, will now also give the film a limited release in theaters on Aug. 22, after a presentation for the film was well received at Comic-Con in San Diego last month.

The release is expected to help serve as a marketing tool for the release on Digital HD, video-on-demand and pay-per-view platforms, and later on Blu-ray and DVD in September.

Zach Lipovsky directed the film that takes a darker turn from the previous four “Leprechaun” films that amped up the comedy elements and sent the character into space in 1997 and Compton, Calif., in “Leprechaun: In the Hood” and “Back 2 tha Hood” in 2000 and 2003.

Warwick Davis (the “Harry Potter” franchise, “Willow”) played the original leprechaun who goes on a killing spree when his gold his taken away from him in 1993’s “Leprechaun.”

“Leprechaun: Origins” will be the next film from WWE Studios, after “Oculus,” a collaboration with Blumhouse Prods and Relativity Media; and “Road to Paloma,” directed by Jason Momoa.