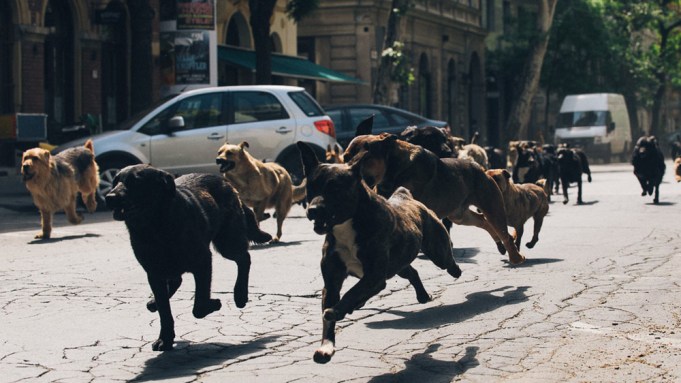 Magnolia Pictures has unveiled the first trailer for its March 27 release of “White God,” which won the Un Certain Regard prize at Cannes.

“White God,” a Hungarian-Swedish-German co-production from Hungarian director Kornel Mundruczo, centers on a 13-year-old girl’s separation from her dog leading to a canine uprising.

The canine protagonist, Hagen (played by brothers Luke and Body), was awarded the Palm Dog Award in Cannes and attended the film’s premiere, went to the photo-call, walked up the red carpet and appeared on stage – becoming the first dog in Cannes history to do so.

The trailer for “White God” includes a scene in which 200 dogs escape from a kennel and run down a street in rebellion against their human captors.