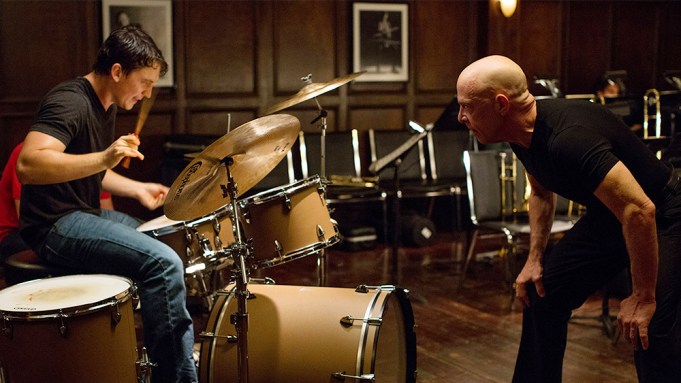 Though fest-goers are the vast majority of those who have seen drummer drama “Whiplash,” Sony Pictures Classic has released a clip online of the upcoming Miles Teller-starrer to whet the appetites of the rest of the public.

Teller stars as an ambitious 19-year-old drummer who attends a high-profile music conservatory, where he is trained by a music teacher played by J.K. Simmons. In the clip, Simmons critiques the tempo of Teller’s drumming and, after growing more and more frustrated, eventually lashes out at him.

The film is one of the most buzzed-about pics to come out of Sundance, where it premiered in January. It won both the top jury prize and the audience award, which is far from an easy feat. In his review, Variety‘s Peter Debruge dubbed Simmons’ part the “role of his career” and called the movie a “stellar career-starter” for writer-director Damien Chazelle.

At the Cannes Film Festival, it’s showing as part of the Directors’ Fortnight selection. “Whiplash” is set to bow Oct. 10.