WATCH: First Trailer for Stephen Hawking Biopic ‘Theory of Everything’ 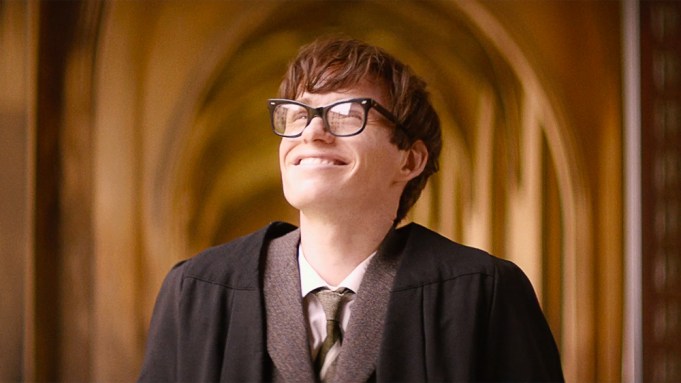 Focus Features has released the first trailer for the Stephen Hawking biopic, “The Theory of Everything.”

The romantic drama will hit U.S. theaters Nov. 7 and U.K. theaters on Christmas.

“I study the marriage of space and time,” says Eddie Redmayne as the theoretical physicist to Felicity Jones, who plays art student Jane Wilde.

The film portrays their relationship, which led Hawking through personal and scientific challenges as well as breakthroughs. Wilde’s memoir, “Travelling to Infinity: My Life with Stephen,” served as inspiration for the film.

“There should be no boundaries to human endeavor,” her character says in the trailer.